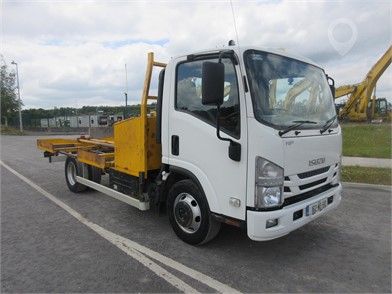 Key_information: 2014. Isuzu N75.190. 7.5tons. Automatic box. Choice of 6. Very clean and tidy trucks. Well maintained. Can be sold with a box at an extra cost of £500 for the demountable box body. For any further info, please do not hesitate to call us on .

Renowned as one of the finest manufacturers of trucks in the world, the Isuzu badge is one that almost guarantees terrific build quality - so really it's no wonder so many people search for Isuzu trucks for sale. Isuzu's fleet is full of reliable trucks

Renowned as one of the finest manufacturers of trucks in the world, the Isuzu badge is one that almost guarantees terrific build quality - so really it's no wonder so many people search for Isuzu trucks for sale. Isuzu's fleet is full of reliable trucks

Renowned as one of the finest manufacturers of trucks in the world, the Isuzu badge is one that almost guarantees terrific build quality - so really it's no wonder so many people search for Isuzu trucks for sale. Isuzu's fleet is full of reliable trucks that will never let you down, whether you're making a long haul delivery or are just dropping an order just a few miles away from the depot.

Isuzu's new signature cabs have become more spacious, durable and comfortable to drive in, even for long distances on bumpy roads. The Isuzu Forward range has trucks weighing between five and 12 tonnes in the UK along with their Grafter Chassis, rated at three and a half tonnes. Every truck in the Forward range comes with Isuzu's famous Easyshift automatic transmission.

Isuzu are a world leader in diesel technology, producing over 20 million diesel engines to date. The Japanese manufacturer is a byword for reliability, making more than 200,000 diesel engines each year, testing each of them to their limit to make sure they work without fail.

Although they only have a small share of the UK truck market, Isuzu are one of the most popular lorry manufacturers in the world; especially in their native Japan. In actual fact, Isuzu trucks didn't first appear in the UK until 1996 when their models began to be imported. Today, there are over 60 Isuzu dealers across the country and counting.

Isuzu Truck UK have become famous for their approach to customer service - the company has a CARE approach that is demonstrated loud and clear in the Channel Four documentary when Managing Director, Nikki King OBE turned into 'Undercover Boss'.

Isuzu engines are used by many of the most famous brands in motoring including Renault, Nissan and General Motors, and can be found in buses, vans and even general road cars around the world.

Which Isuzu Truck is right for me?

Wondering which of our wide selection of Isuzu trucks for sale is right for you? We've complied a quick guide to help you make the right choice.

An upgrade on the old NQR model, the Isuzu N75 Truck was launched in April 2008. You can expect to find a 5.2-litre diesel engine that produces 190bhp and, with the majority of models, an automatic Easyshift gearbox as standard. To further underline the Forward range of trucks performance, the payload is between 4.46 and 4.7 tonnes. 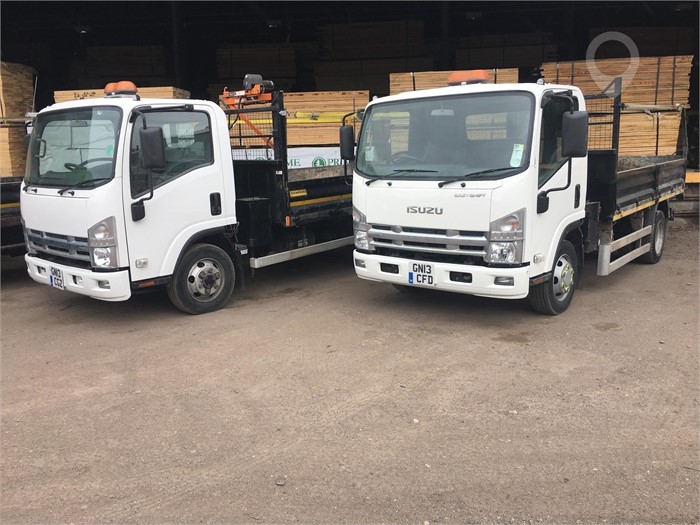 Available as a dropside or tipper, the Grafter range of trucks are as economical as they are reliable. Their four-cylinder engines produce an impressive 150bhp, having enough power for a 3.5 tonne vehicle. Grafters can also be modified to make boxes, curtainsiders or even fridge boxes if you need to make a few changes.

Phased out in 2008 to make way for the Isuzu N50 Forward at five tonnes GVW and Isuzu N62 Forward at 6.2 tonnes GVW, this range has a good reputation among drivers who need a little extra payload. Offering an intermediate option for drivers who want to carry more than 3.5 tonnes but don't need to lug around over 7.5 tonnes, they were and still are popular as recovery vehicles.

Although replaced by the Isuzu N75 in 2008, the NQR 7.5 tonner is still the most popular Isuzu in the UK today. Built with a lightweight chassis, these trucks have a payload capacity of 4.7 tonnes. This, coupled with the crew cab that came with some models, explains why many NQR trucks were used as recovery vehicles.