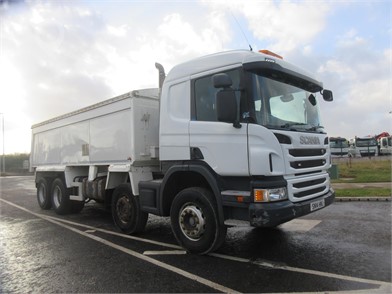 Scania 410 sleeper g cab one owner from new only had 2 drivers ever on it, New m.o.t clean and tidy truck ready to go out to work, Call Richard for more details

The fact that Scania Trucks receive the highest number of searches of all brands here on TruckLocator.co.uk is a clear indicator that they just keep going from strength to strength.

The fact that Scania Trucks receive the highest number of searches of all brands here on TruckLocator.co.uk is a clear indicator that they just keep going from strength to strength.

The fact that Scania Trucks receive the highest number of searches of all brands here on TruckLocator.co.uk is a clear indicator that they just keep going from strength to strength. Purpose-built for everything from long haulage to construction, there's a Scania truck for every business or personal need.

The excellent reputation of the Scania V8 engine helps with Scania Trucks' standing as a manufacturer with rock solid residual values. Previously family controlled for many years, Scania is now alongside MAN under the control of Volkswagen as part of their ever-expanding automotive empire.  Scania is keen to protect its unique identity and has distanced itself from other group companies, although it is likely that there will be some sharing of technology with MAN over time.

As one of the UK's most recognisable industrial vehicle manufacturers, Scania prides itself on providing superior products at incredible value for its customers.

Its reputation is built on customer retention through the obvious quality of its trucks, buses and coaches.

What began in the late 19th century as a railway carriages outfit has become one of the world's most trusted vehicle manufacturers, producing instantly recognisable trucks and heavy goods vehicles everywhere.

It all started in Sweden, but the Scania Group has, over the course of more than a century, expanded its operations into the Netherlands, Argentina and France to produce the wide variety of trucks you can see on TruckLocator.co.uk today.

Used Scania trucks are very desirable in the export market - especially the lower powered R Series Tractor units.  These command a premium for African buyers and are common sights on their way to UK ports for exporting to Africa, the Caribbean and other right hand drive markets for the UK's truck export market. If you are buying a Scania for export, we recommend choosing a used truck from a Trucks Trader who has experience in the export process to help with the inspections, shipping and other complexities.

Which Scania truck is right for me?

The 1980s saw the introduction of the 2 Series, Scania's rigid and robust heavy truck. It's suitable for local and regional distribution.  Now becoming collectable as a historic truck of significance, as it was the first modern cab to come out of the Swedish manufacturer.

If you find a clean one, snap it up!

First introduced in 1987, the 3 Series is a heavy truck class with a conventional body style. The variety of engine sizes available means that it's still a truck suited to almost all jobs.

It is becoming a little long in the tooth and is now often seen in breakers yards, heading for export or, if it is a particularly clean example, heading for a classic truck collection.

1995 saw the introduction of the now familiar curved edges on Scania trucks. There are five engine combinations on the 4 Series. It was succeeded in 2004 by the G, P and R Series.

Click through to the 4 Series page and you will find our explanation of the complicated numbering system Scania uses to describe the 2, 3 and 4 series range.

Available as a rigid or tractor unit, the G-Series has a choice of five different cab types: three sleepers, a day cab and a short cab. They are larger than the P-series and come with a wider choice of engines.  Looking for a larger cab still? Then you need to look at the R Series, Scania's top sized cab - especially the Topline Griffin model.

The P-series cab comes in five different sizes: three sleeper cabs, a day cab and one short cab. P-Series customers are usually involved in the construction industry or regional and local distribution.

The truck is particularly suited to petrol tanker operations or 'pet regs'.  These are typically super-lightweight and have a smaller mid-lift axle to maximise legal payload of the tanker operation.

Available as a tractor or rigid, R Series trucks, Scania's flagship, are particularly optimised for long-haulage. It's the series with the most powerful of all production trucks, the R730.

The T Series completed the new range of trucks for Scania, alongside the R and P Series. It's geared up mainly for long-haulage and construction. Now discontinued, the bonneted cab is a much sought after used truck both in the UK and abroad in export markets.  If you can find one keep hold of it, as they will definitely become even more collectable.  You will also find the T Cab in the old 4-series range prior to 2005. 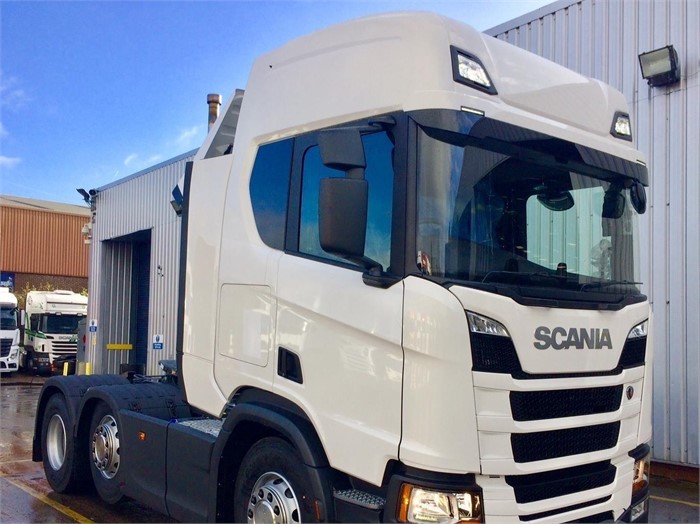