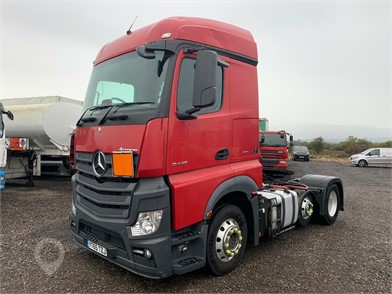 Mercedes-Benz Founder Invents the car
Carl Benz reveals the world’s first automobile, known as the Patent Motor Car Model III
Product Development Continues
Mercedes spend years developing the initial model; then producing the Mercedes 35 HP which becomes the model upon which the modern-day vehicle is based upon.
Mercedes improves Braking
Mercedes’ advancements in technology allow front-wheel brakes to become as standard on all vehicles.
Mercedes Unimog Launched
From the 20s onwards numerous safety advancements are made to vehicles, including a patent for the first safety body with a rigid passenger compartment; the safety conical pin that prevents doors bursting open upon collision; and the first safety steering column. The Unimog is also launched for the first time.
Mercedes Start Crash Testing
After introducing seatbelts in the early 50s, Mercedes begin taking crash tests on all models which lead to further innovation in steering and restraint systems.
Mercedes Vario Predecessor Launched
The predecessor to the Vario, the T2, is launched.
Actros & Sprinter Launched
The Actros is launched along with the iconic Sprinter.
The T2 enjoys a facelift and becomes the Vario. Brake assist is launched and will become one of the most notable features in the truck range.
Atego Launched
The Mercedes Atego is launched.
Link
Econic Launched
The Econic is launched.for municipal use
PRE-SAFE Launched
The anticipatory system, which has gone on to feature in the vast majority of haulage trucks, is launched as PRE-SAFE.
Axor Launched
A ‘facelift’ for the earlier Atego model leads to the launch of the Axor.
Antos Launched
The Antos is launched.
Arocs makes Euro 6 Range complete
Mercedes-Benz launch the Arocs range for construction and off-road use.