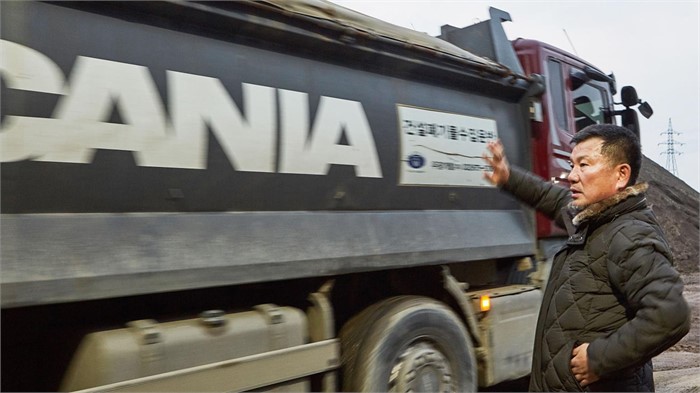 Scania, a Sweden-based division of Volkswagen Truck & Bus GmbH that manufactures industrial and marine engines and trucks, recently announced that they have a dedicated customer in Taejin Lim. He runs Wookwang Development, a South Korean company that specialises in construction waste collection, transportation, and intermediate treatment.

It’s All About The Trucks

According to Lim, Wookwang Development have some of the lowest employee turnover rates compared to similar companies in the Gyeonggi-do province, and he thinks Scania trucks, which make up a majority of the company’s fleet, play a pivotal role. Lim says, “Whenever we need to purchase a new truck, I listen to the drivers’ opinions. They say that Scania trucks don’t tend to suffer from minor failures, and tell me they are really fond of the brand. So, it’s quite an easy decision for me. We now own 31 Scania tippers out of 51 trucks in total.” A whopping 26 of those tippers were acquired in 2016 alone.

With monthly fuel costs exceeding €160,000, Lim is pleased with how fuel-efficient Scania’s trucks have proven to be for the company. Other benefits he highlights include impressive access to spare parts and rapid repair and maintenance turnaround. The only downside Lim cites is that he’s not the only one in the area who relies heavily on Scania trucks. As a result, the single Scania workshop near Wookwang Development’s facility, in Incheon, is often full, occasionally requiring long wait times.

What do you say, Scania? Ready to expand your presence in South Korea?