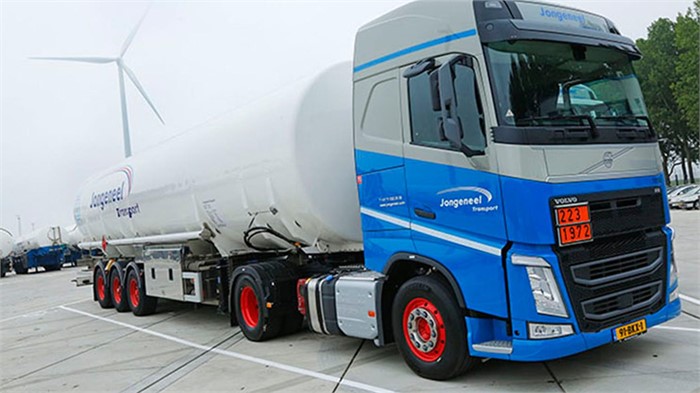 In late 2017, Volvo Trucks announced its Volvo FH and FM liquefied natural gas (LNG) trucks, and earlier this year began taking orders. Now Volvo is fulfilling some of those orders to customers in the Netherlands. Some of those customers include Jongeneel Transport in Valkenburg, South Holland; Transport van Overveld in Etten-Leur; and Kivits-Drunen in Elshout. Much of the demand is due to the versatility of the FH trucks, available in 420- and 460-horsepower configurations, which can be used for both long-distance haulage and regional applications. Volvo plans to deliver more than 50 LNG trucks in 2018 alone. 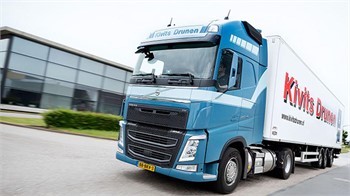 "In the Netherlands we are finding that many haulage companies are interested in the liquefied natural g option,” Jan Schouten, manager product at Volvo Trucks Netherlands, explained in a news release. “In the past, the necessity for environmental-friendly transportation was mostly pushed by larger fleets, but now, due to the fact that everything is in place—from infrastructure to trucks and tank facilities—we are noticing a higher demand from smaller operators."

The key with Volvo’s FH LNG lineup is that they offer the same power you might expect from a diesel truck, but also have reduced CO2 emissions. Using natural gas can lower emissions by 20 percent, while biogas can drop emissions by as much as 100 percent. Volvo’s LNG trucks offer operators such as Transport van Overveld an opportunity to make environmentally conscious decisions while not having to alter their existing routes.

"Our trucks go to Spain, which made it difficult to find an alternative fuel to fit into our schedule,” said Gert van Overveld. “Driving fully electric is not an option yet, but as our route includes several LNG filling stations, so we decided to go for it. And the big bonus we are noticing is that the new trucks have the same performance and driveability as Volvo's current diesel-powered models."

You will find many used Volvo trucks for sale on TruckLocator, including nearly new Volvo FH trucks and Volvo FM trucks.