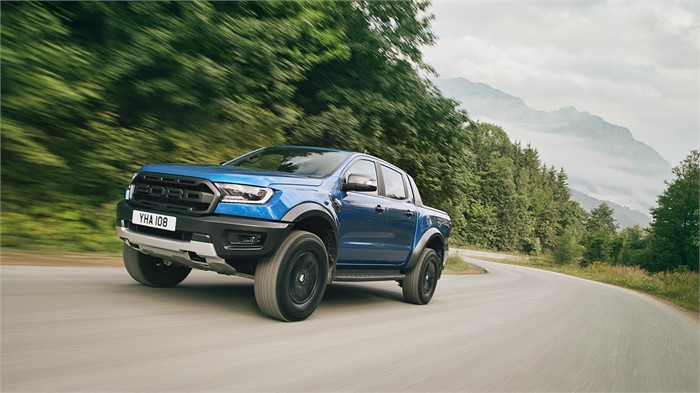 Ford’s 2019 Ranger Raptor is powered by a 2.0-litre EcoBlue diesel engine that produces 210.1 horsepower and 500 newton metres of torque. (Photo courtesy of Ford.)

Ford recently launched its new 2019 Ranger Raptor pickup at the Gamescom video game conference going on through Saturday in Cologne, Germany. The truck, which will feature prominently in the racing video game Forza Horizon 4, features a 10-speed automatic gearbox and a 2.0-litre EcoBlue diesel engine that produces 210.1 horsepower and 500 newton-metres of torque. 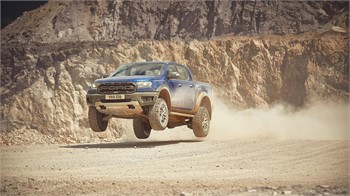 The Ranger Raptor is built for off-road performance with FOX shock absorbers, an underbelly bash plate, and much more. (Photo courtesy of Ford.)

“The standout experience of the Ranger Raptor, hands down, is how far you can push it off-road and still ride like a millionaire on-road,” says Damien Ross, chief engineer in Ford’s Raptor Ranger program. “Everything about the Ranger Raptor builds on the already outstanding sophisticated feel and functional capability of the Ranger, and then goes further. From a driving dynamic fun standpoint, it is really an exceptionally special vehicle.”

Every component on the Ranger Raptor is built to withstand tough off-road terrain while performing at a high level, from the FOX shock absorbers complete with Position Sensitive Dampening to the BF Goodrich 285/70 R17 all-terrain tyres with a tread pattern designed for off-road racing in every weather condition. Ford gave the 10-speed automatic transmission maximum durability by combining steel, aluminium alloys, and composites to minimize weight without sacrificing strength. The truck also has a steel bash plate on the underbelly for extra protection. 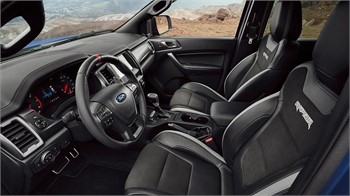 The interior features a suede-like material with leather accents and blue stitching, as well as an 8-inch colour touchscreen for accessing satnav and Ford’s SYNC 3 system. (Photo courtesy of Ford.)

On the exterior, the 2019 Ranger Raptor sports a Ford Performance Blue paint job with Dyno Grey accents, a front bumper with LED fog lamps and air-curtain ducts, and a grille based on the design of the original F-150 Raptor. On the inside, you’ll find suede-effect seats with leather accents and blue stitching and a steering wheel with magnesium paddle shifters, leather handgrips, and a striking Raptor logo. Infotainment features include an 8-inch colour touchscreen supported by the Ford SYNC 3 system. It also offers enhanced satellite navigation technology that lets you leave a breadcrumb trail when going off-roading.

If you’d like to buy a Ranger of your own, you’ll find a number of used Ford vehicles for sale at TruckLocator.