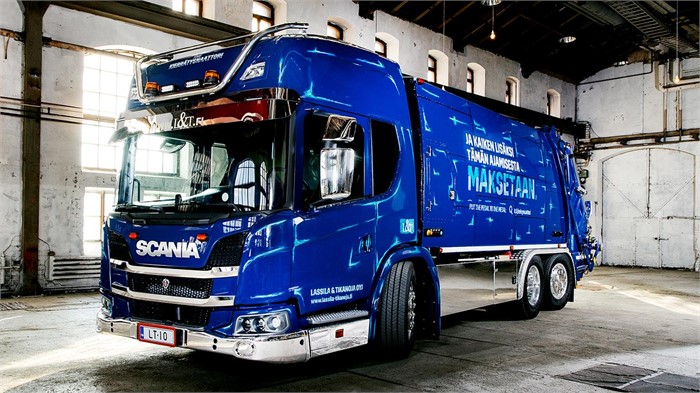 Lassila & Tikanoja customised a Scania L-Series truck to take to events and use for recruiting new drivers. (Photo courtesy of Scania.)

Lassila & Tikanoja (L&T), a recycling and waste management company based out of Finland, is using a custom Scania L-Series refuse truck to recruit new drivers. The truck, which features a custom exterior design, including paint, stainless steel bumpers, and more, made its debut at the Finnish Power Truck Show in August, and received an honorary award. Dubbed “Kierrätysnaattori,” or “The Waste Terminator,” L&T’s L-Series has already been making the rounds in an effort to bring more drivers into a company that already employs around 8,000 throughout Finland.

“We’ve recently been especially focused on military garrisons since many of the young male conscripts obtain a truck driving licence during their training. We hope that they will start driving for us after national service,” says Terhi Leiniö, communications specialist for Lassila & Tikanoja. “To that end, we’ve been present with our truck and representatives at several sports events for conscripts in Finland.” 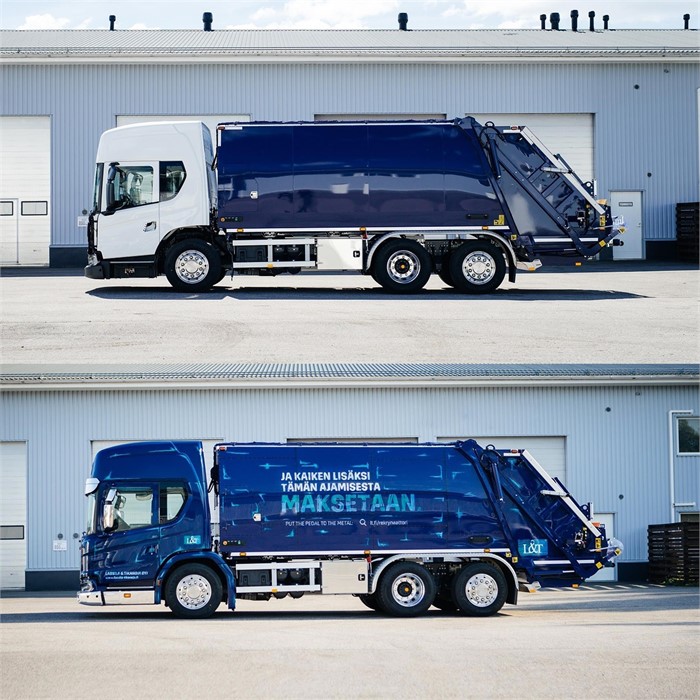 Karhuline Truck Customs took care of most of the customisation job, including painting it with L&T’s striking blue colour. (Photo courtesy of Scania.)

The husband and wife team of Jani Paukku and Tiina Karhula, who operate Karhuline Truck Customs, handled most of the customisation process in-house, but did have to “outsource some parts” because of the four- to five-week timeline, according to Paukku. The company started by painting the truck to match L&T’s blue colour scheme and then set about making the rest of the design “look both old and modern at the same time,” he adds. Fortunately, for Karhuline Truck Customs, L&T is more than happy with the result. “For me, this is the most beautiful truck in the world,” Leiniö says.

You’ll find hundreds of used Scania trucks for sale on this site, including many L-series trucks.