Ford recently began testing a lighting system that could be used to help autonomous vehicles visually communicate with pedestrians and the drivers of cars they share the road with. This particular set of tests used a Ford Transit Connect van outfitted with what the company calls a “Human Car Seat” where a driver hid to make a standard vehicle appear to be autonomous. The driver then used a lever to control a light bar on the van’s roof, which flashed different colours to show the vehicle’s intended action, whether that be to move forward, continue driving, or stop and wait.

“Fundamentally, people need to trust autonomous vehicles and developing one universal visual means of communication is a key to that,” says Thorsten Warwel, core lighting manager for Ford of Europe. “Turning someone into a ‘Human Car Seat’ was one of those ideas when there was a bit of a pause and then the realisation that this was absolutely the best and most effective way of finding out what we needed to know.” 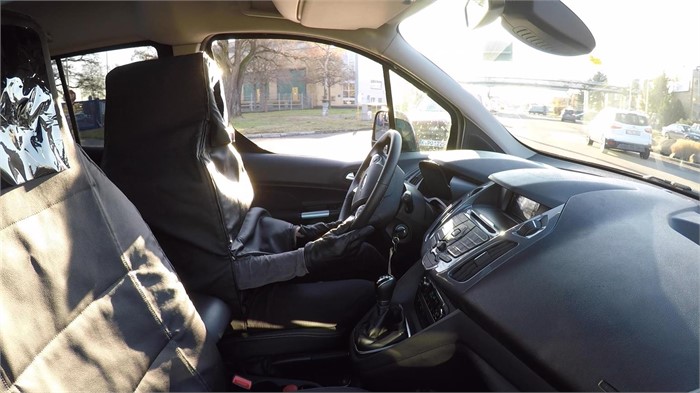 A driver disguised as a “human car seat” operates the vehicle and uses a lever to trigger the lighting system. (Photo courtesy of Ford.)

This newest round of testing took place in Germany with help from Chemnitz University of Technology, and followed previous testing in the United States where researchers mounted the lighting system at the top of windshield. Ford tested white, turquoise, and purple lights to see which colour worked the best. Results showed that of the 173 people surveyed after the test, 60% recognized the van as an autonomous vehicle and, after surveying 1,600 additional people, turquoise came out on top.

Ford found that “there was also a high level of acceptance and trust in the signals, providing a basis from which researchers can further develop the visual language.” And after testing several locations for the lighting, including the headlamps and grille, “no clear preference emerged,” according to the company. Ford hopes to deploy autonomous vehicles in North America in 2021, and this test is one more step toward instilling trust in pedestrians and drivers alike. 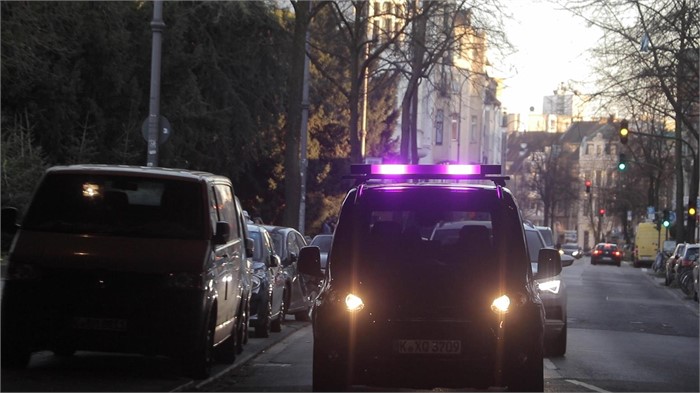 Ford tested white, turquoise, and purple lights to see which one pedestrians preferred, and surveys revealed that turquoise was the favourite. (Photo courtesy of Ford.)

Find Your Next Ford

If you’re in the market for a nearly new Ford Transit similar to those used for this test, you’ll find a large selection of used Ford trucks and vans for sale on TruckLocator.