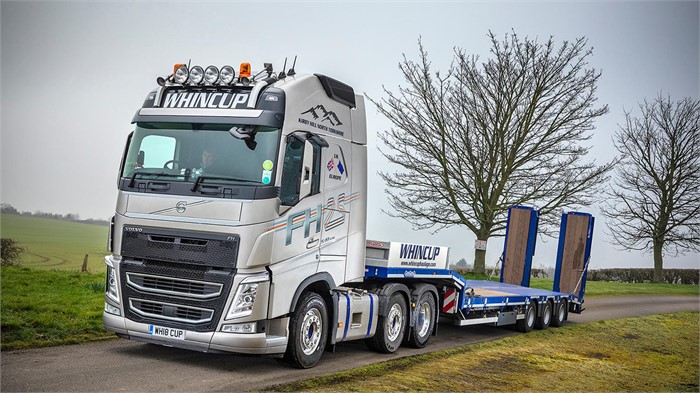 Whincup & Sons Ltd, a haulage contractor based in Kirby Hill, North Yorkshire, will soon celebrate its 30th anniversary and decided to celebrate by purchasing a new Volvo FH 25-Year Special Edition. Owner Brian Whincup has been a long-time Volvo customer, having owned an F88-290, F10, and F12 since entering the industry when he turned 21 years old. He also bought an F12 when he started his own operation. Today, the company has eight Volvo trucks in its fleet. “I choose Volvo because that’s all I’ve ever known,” says Whincup. “I have tried other manufacturers since, but we always come back to Volvo and the boys won’t have anything else nowadays.”

Whincup says these features are particularly important when it’s time to resell a vehicle, but the company tends to keep its trucks for an extended period of time and last resold a Volvo model after 10 years of operation. “That one did its millionth kilometre coming out of Norway back into Sweden,” he says. “It never let us down once during that time so we’re confident this one will live up to the high standard of its predecessor.”

You’ll find a large selection of used Volvo trucks for sale every day on TruckLocator, including FH models and a number of FH540s.