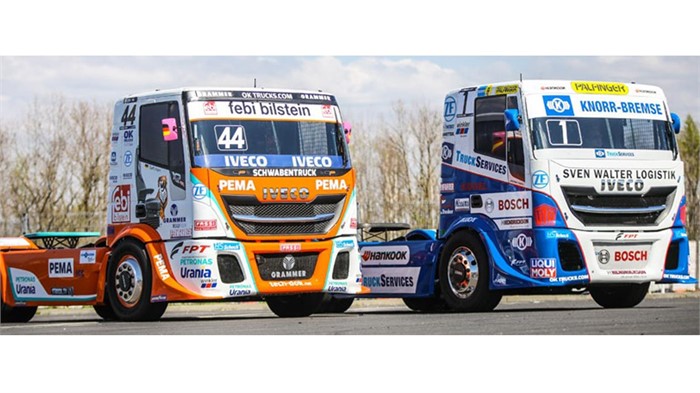 IVECO recently announced it is the technical sponsor of the “Die Bullen von IVECO,” a partnership between Team Hahn and Team Schwabentruck competing in the 2019 FIA European Truck Racing Championship (ETRC). The company is also teaming up with the FIA ETRC itself as part of its #onetruckfamily campaign that aims to bring more awareness to the trucking industry to help relieve driver shortage issues. The championship starts on 25 to 26 May with the Petronas Urania Grand Prix Truck race at the Misano World Circuit Marco Simoncelli in Italy. It then continues with seven more events through 6 October in Hungary, Slovakia, Germany, Czech Republic, Belgium, France, and Spain.

Off To The Races

Die Bullen von IVECO was the 2018 FIA ETRC champion, and both teams have had long relationships with the brand, Team Hahn for 10 years and Team Schwabentruck for three. The team will drive a 5.3-tonne IVECO Stralis 440 E 56 XP-R powered by an 1,180-horsepower Cursor 13 engine that gives it a top speed of 160 kilometres per hour. Team Hahn’s driver, Jochen Hahn, was last season’s first-place driver and won 12 out of 32 races behind the wheel of a Stralis. Two other teams, Reinert Racing and Don’t Touch Racing, will also drive IVECO trucks. Reinert Racing finished second in the 2018 championship.

There are hundreds of used IVECO trucks for sale on TruckLocator, including a large selection of Stralis models.