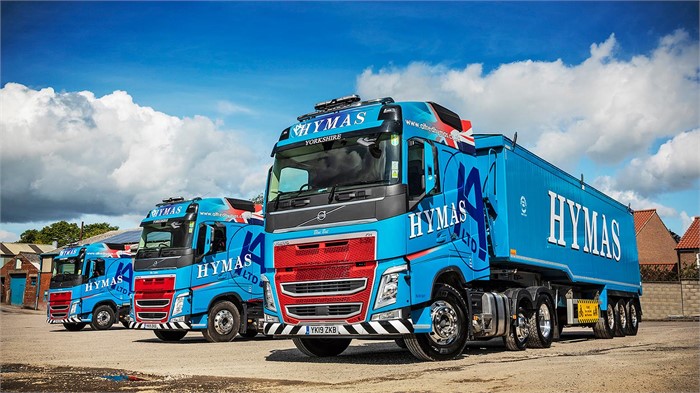 Alfred Hymas Ltd, a bulk haulier based in Burton Leonard in North Yorkshire, recently added six new Volvo FH trucks to its fleet of 76 vehicles. The company, which recently won the Tipper Operator of the Year 2019 award, chose Volvo based on reliability, fuel efficiency, payload capacity, and driver acceptance. The company has a long history with Volvo, having purchased F86 models as far back as the early 1970s. “The new trucks also represent a change in procurement as they are the first vehicles in the company’s 108-year history to be sourced on a contract hire agreement,” says Robert Hymas, director at Alfred Hymas Ltd. “We currently purchase a combination of new and used trucks for long-distance and local works, respectively.” 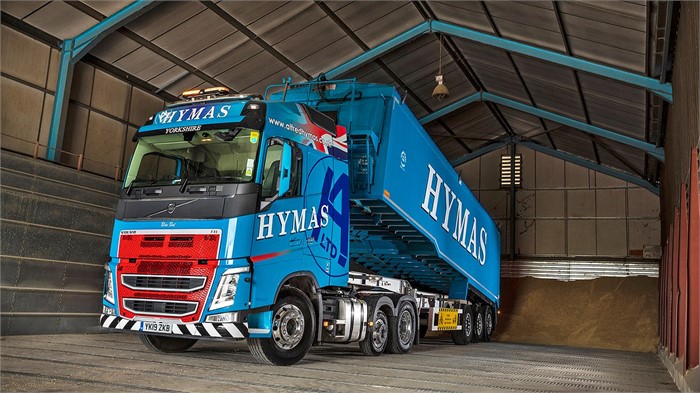 The haulier opted for five-year Volvo Gold Service contracts on its new FH models in spite of having its “own workshops, staffed 24/7, that cater for servicing and repairs,” Volvo explains. “Heavy trucks are becoming more and more electronically complex and we also need something to benchmark our current maintenance setup with,” says Hymas. “It’s far too early to comment yet on whether the mix of contract hire and service contract packages will be advantageous to our business, but we’ll have a clearer picture by the end of year one.”

You will find hundreds of used Volvo trucks for sale at TruckLocator, including a large selection of FH models.