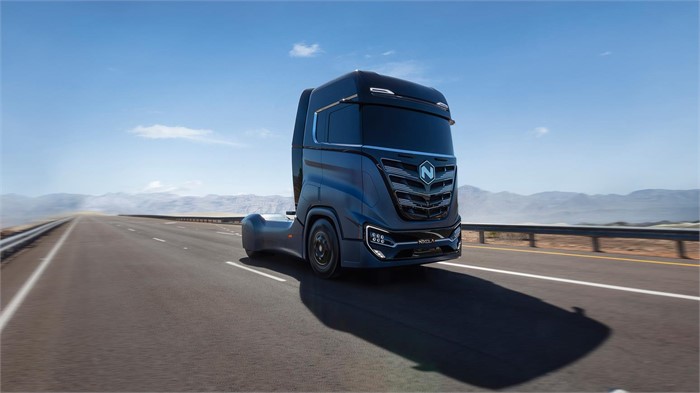 CNH and Nikola will integrate IVECO’s S-Way truck features into the hydrogen fuel cell- and battery electric-powered TRE cabover model to be sold in North America and Europe. (Photo courtesy of Nikola.)

CNH Industrial will invest $100 million cash and $150 million in parts and engineering in Nikola Corporation of Phoenix, Arizona, in the U.S. The strategic and exclusive partnership aims to accelerate development of over-the-road trucks powered by the latter’s hydrogen fuel cell and battery electric technology. Zero-emission fuel cells turn hydrogen into electricity to propel the trucks, with water and heat the only other byproducts.

CNH, the parent company of IVECO trucks and FPT Industrial engines, will become Nikola’s lead Series D investor. The partnership will help bring three fuel cell trucks to market. The Nikola TRE is a European-compliant heavy-duty cabover, while the Nikola ONE and TWO are NAFTA-compliant Class 8 vehicles with a sleeper and a day cab, respectively.

“By bringing CNH Industrial on board, we now have access to manufacturing know-how, purchasing power, validated truck parts, plant engineering, and much more,” says Nikola CEO Trevor Milton. Nikola has the technology but needs a partner with a European network to achieve it in a timely manner. With CNH Industrial’s investment and partnership, we can now bring zero-emission trucks to Europe.”

From LNG To H2

“Global climate change, geopolitical conflicts, future availability of fossil fuels, and a self-aware circular economy all call for a fundamental change in how we operate,” says CNH Industrial’s President of Commercial and Specialty Vehicles, Gerrit Marx.

CNH’s IVECO is the “absolute” leader in liquid natural gas vehicles in Europe, the company says, with approximately 28,000 LNG-powered trucks and buses on the road. CNH’s FPT has manufactured around 50,000 natural gas engines thus far. 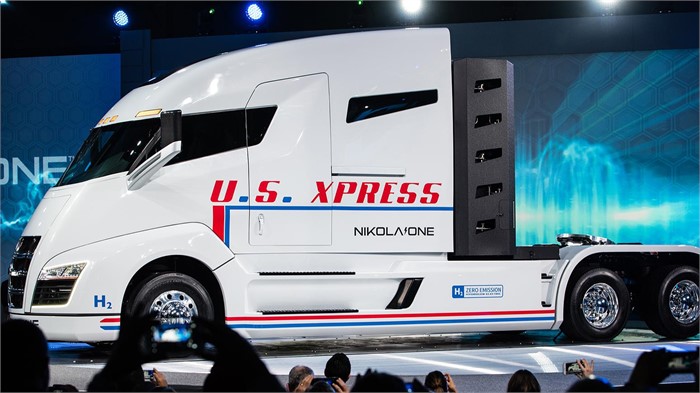 The Nikola ONE is a NAFTA-compliant Class 8 double-bunk sleeper truck powered by a hydrogen fuel cell and a battery. (Photo courtesy of Nikola.)

The two brands have also been “instrumental in the development and expansion of Europe’s natural gas refueling network,” CNH says. The hydrogen for fuel cells can be produced locally at existing LNG refueling facilities, according to the company, making it a logical successor to natural gas on the infrastructure the company has already built.

“With our LNG technology we have proven to be European disruptors, taking the lead in industry transformations including fuel supply and lifecycle ownership,” Marx says.

In the near term, CNH and Nikola will focus on industrializing the TWO day cab truck in North America, as well as integrating IVECO’s S-Way truck features into the Nikola TRE cabover model to be sold in North America and Europe. The companies plan to start a European Joint Venture on both battery electric and fuel cell vehicles by the end of 2022.