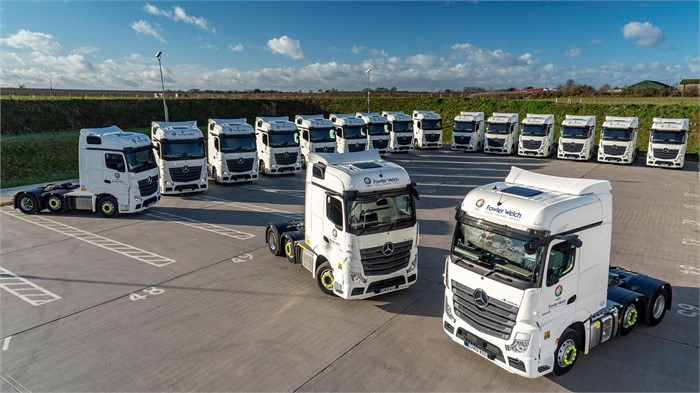 Fowler Welch, a logistics, warehousing, distribution, packaging, and waste management specialist based in Spalding, Lincolnshire, recently added 21 Mercedes-Benz Actros tractor units to its fleet of 450 trucks and 800 trailers. Each of the fifth-generation Actros 2545 trucks, supplied by Sparshatt Truck & Van, features a flat-floor BigSpace cab and six-cylinder, 330-kilowatt (443-horsepower) engine. Fowler Welch considered fuel efficiency, sustainability, and driver feedback while trialling previous-generation Actros models in 2018 and decided to make the recent order because “the evaluation outputs” of those models “were certainly favourable,” according to Fowler Welch Head of Fleet Maurizio Romano.

Before officially bringing the new Actros trucks into the fleet, Fowler Welch worked together with Mercedes-Benz and Sparshatt to implement a pre-life programme, which included driver training and familiarization, performance reviews, and more. The goal was to make the transition to the new vehicles easier for operators and set a solid foundation for the future.

“Driver engagement and operational feedback were also very important factors in the decision-making process,” says Romano. “We don’t underestimate the impact on drivers and local teams of asking them to change from one make of truck to another, so it was important that their views were also considered. Our relationship with Mercedes-Benz is still a relatively new one but it’s fair to say that Fowler Welch has been extremely pleased with the support it’s received, both during the procurement process, and in laying the necessary groundwork prior to delivery of the vehicles to site. Having executed the ‘pre-life’ element well between us, the focus now switches to the ‘in life’ phase.” 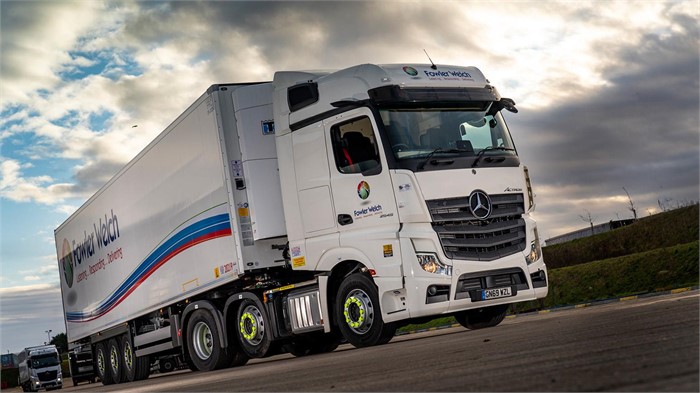 Each of the Actros trucks features a BigSpace cab and 330-kilowatt, six-cylinder engine. (Photo courtesy of Mercedes-Benz.)

Inside The Mercedes-Benz Actros

The Actros is available as a rigid truck or tractor unit with axle configurations ranging from 4x2 to 6x4. There are 17 cab variants, including GigaSpace, BigSpace, StreamSpace, ClassicSpace, and CompactSpace L-cabs. Engine outputs range from 235 to 617 horsepower (175 to 460 kilowatts) and from 1,000 to 3,000 newton-metres (738 to 2,213 pounds-foot) of max torque. Mercedes-Benz designed the Actros with long-distance haulage in mind; its Multimedia Cockpit combines ergonomic and connectivity refinements to allow operators to drive and live in comfort.

Standard safety features include the MirrorCam that replaces traditional mirrors to improve visibility while also improving aerodynamics on the exterior, a driver side airbag, Predictive Powertrain Control system and the Mercedes-Benz Safety Package, which includes Active Brake Assist with Proximity Control Assist and pedestrian recognition technology.

You will find hundreds of new used Mercedes-Benz trucks for sale on TruckLocator, including a big selection of Actros tractors and rigids.