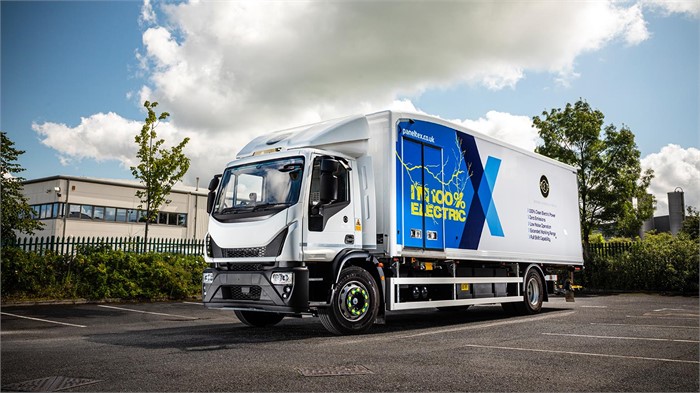 An Electra SEIV 19-350 all-electric truck based on an IVECO Eurocargo chassis, with a Paneltex temperature-controlled box body. (Photo courtesy of IVECO.)

In a partnership with Electra Commercial Vehicles of Blackburn, Lancashire, IVECO is now producing Eurocargo glider chassis at its manufacturing facility in Brescia, Italy. Glider chassis are trucks that don’t include a powertrain, which IVECO says will help “ensure maximum efficiency for Electra’s manufacturing programme” and “support faster delivery times to customers.”

One example of a vehicle already in operation is an Electra SEIV 19-350 model based on a 4x2 Eurocargo chassis, which features a temperature-controlled body from Paneltex. Another SEIV 19-350 is outfitted with Bucher Municipal Phoenix salt spreader bodywork and a Bucher snowplow. The salt spreader truck weighs in at 19 tonnes, but thanks to Electra paring its unladen weight down to 10,300 kilograms (22,707.6 pounds), it has “only a 360-kg loss of payload compared to a standard 18-tonne diesel-powered equivalent,” IVECO explains. 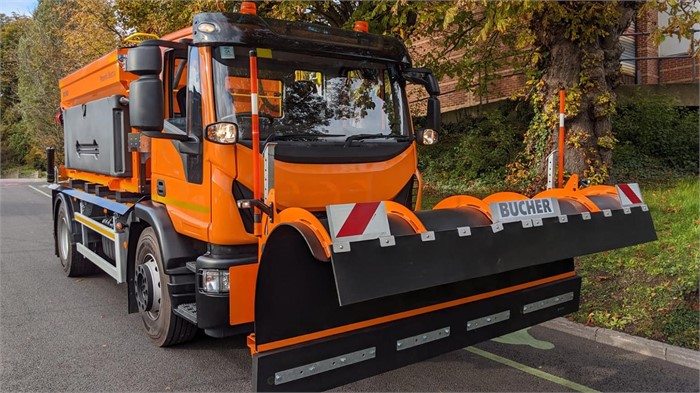 An Electra SEIV 19-350 with Bucher Municipal Phoenix salt spreader body and Bucher snowplow, also based on a Eurocargo chassis. (Photo courtesy of IVECO.)

A Vehicle “Fit For The Future”

“We have received a lot of interest from customers because the Eurocargo has such wide appeal in the market. It’s a truck most fleets and bodybuilders are already familiar with, and is perfect for everything from dry and temperature-controlled multi-drop urban distribution to highways maintenance and even refuse collection applications,” says Electra and NRG Fleet Services Chairman Sid Sadique. “Since adding the Eurocargo to our range interest has spiralled and we literally can’t build them quickly enough. This is the perfect medium-weight truck for city deliveries, and we’re confident we’ve created a game-changing commercial vehicle fit for the future.”

You will find a large selection of new and used IVECO trucks, including hundreds of Eurocargo models, for sale every day on TruckLocator.