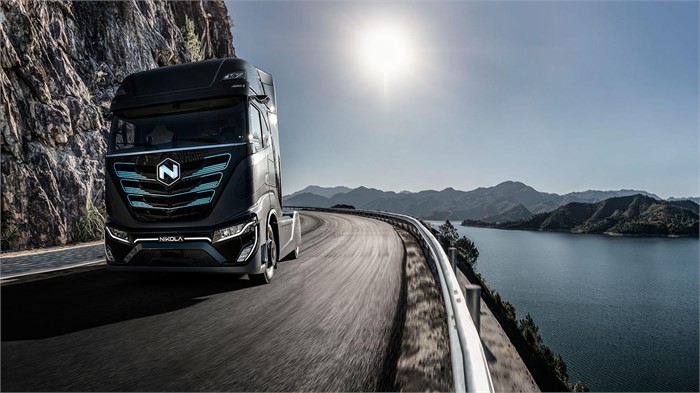 IVECO and FPT Industrial will work together with Nikola Motor Company to manufacture the Nikola TRE at IVECO’s production facility in Ulm, Germany. (Photo courtesy of CNH Industrial.)

CNH Industrial recently announced that two of its brands, IVECO and FPT Industrial, will manufacture Nikola TRE trucks in Europe at IVECO’s production facility in Ulm, Germany. As part of a joint venture between the companies, which was announced in September 2019, CNH Industrial also took “a $250 million stake in Nikola as the lead Series D investor.” The Nikola TRE is a battery-electric truck, but the goal is to develop a fuel cell-powered model in the future. The project begins with a €40 million upgrade to the IVECO facility, with plans to begin production in Q1 2021.

Germany’s Role In The Program

Germany is an ideal spot because IVECO has a strong presence there and the country recently laid out its National Hydrogen Strategy, “which has the aim of expanding the pioneering role of companies in hydrogen technologies,” CNH Industrial explains. This includes a €2 billion investment in hydrogen-related research as well as establishing “necessary distribution infrastructure,” CNH adds.

“Our European joint venture with NIKOLA and today’s announcement, is real proof that zero-emission long-haul transport is becoming a reality, resulting in tangible environmental benefits for Europe’s long-distance hauliers and its citizens,” says Hubertus Mühlhäuser, chief executive officer of CNH Industrial. “The decision to build the Nikola TRE in Ulm—a center of heavy-duty truck engineering excellence—underscores the site’s strategic location at the heart of Germany’s fuel cell technology cluster.” 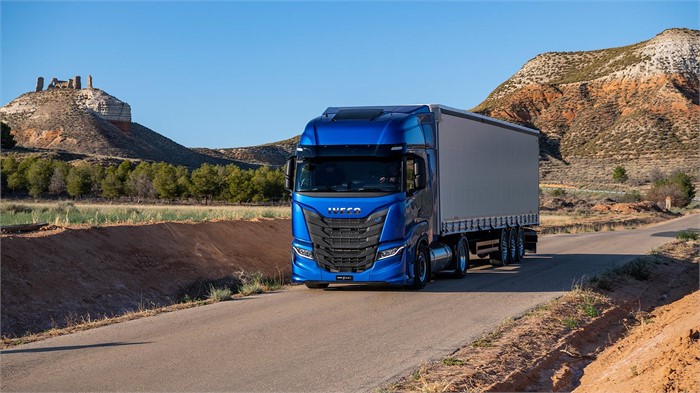 The first Nikola TRE models are based on the IVECO S-WAY tractor. (Photo courtesy of CNH Industrial.)

The Nikola TRE model revealed last year is based on the IVECO S-WAY tractor platform. The plan is to produce prototypes, which will make their debut at IAA 2020 in Hannover, Germany in September 2020, before moving into full production. By leveraging other production facilities in Valladolid and Madrid, Spain, IVECO believes it can ramp up production to meet expected customer demand. The first models will be battery-electric 4x2 and 6x2 articulated trucks with electric powertrains that can produce up to 480 kilowatts (644 horsepower) of continuous power and can support up to 720 kilowatt-hours of battery capacity.

You will find a large selection of new and used IVECO trucks for sale on TruckLocator.