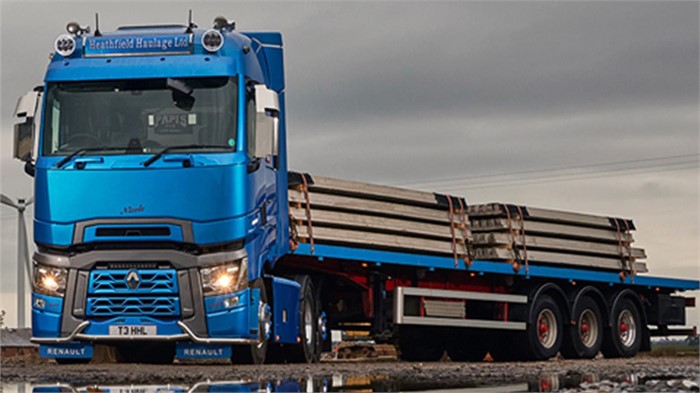 When Paul Irving of Carlisle felt it was time to replace his Renault Range T520 tag truck, he didn’t feel the need to stray from a winning formula. “It’s a fantastic forestry truck with the excellent traction that you need working in that terrain,” he says. “It was still performing well as it came up to five years old so I did look into an R&M, but it was more beneficial to go for a new one.”

The new truck, which he describes as “a real head turner” and “a little bit of luxury for myself,” is an ocean-blue, top spec, Range T520 High 6x2 tag axle tractor unit that befits his pivot away from hauling timber. These days, the owner-driver of Heathfield Haulage is doing long-haul general and flatbed transport for Tweddles of Longtown.

“I’m away five to six days a week spending four to five nights in the truck. When I’m parked up on a night, the flat floor makes such a difference. There’s plenty of living room in the cab,” says Irving, who drives approximately 110,000 kilometres each year. “I had a Magnum back in 2000 and this really is the next generation. It’s a brilliant lorry to live in.”

Irving’s colour-matched Range T520 High, sold by local Renault Trucks dealer Border Trucks and customised by D&D Fabrication and Chris Wilson of Longton’s Van Wonders, would draw plenty of attention even without its Dura-Bright wheels and dual air horns. It’s powered by a 512-horsepower (382-kilowatt) version of Renault’s 13-litre, Euro 6, DTI engine backed up by a standard 12-speed Optidriver automated transmission. “It’s a powerful lorry, the gearbox is fantastic, and the Optibrake+ retarder is very good,” Irving says. His Range T520 High has a 3,200-millimetre wheelbase and rear air suspension.

Inside the cab is a heated and cooled, air-suspended driver's seat. It’s trimmed with leather, and it has a seat cushion extension and adjustable lumbar support. A ladder-accessible Ultimate upper bunk converts into storage, complete with a luggage net. The RoadPad+ audio, entertainment, and navigation system in the dashboard has a drag-and-drop interface and a 7-inch touchscreen. Irving’s truck also has a microwave and a low-noise refrigerator with 40 L of capacity. 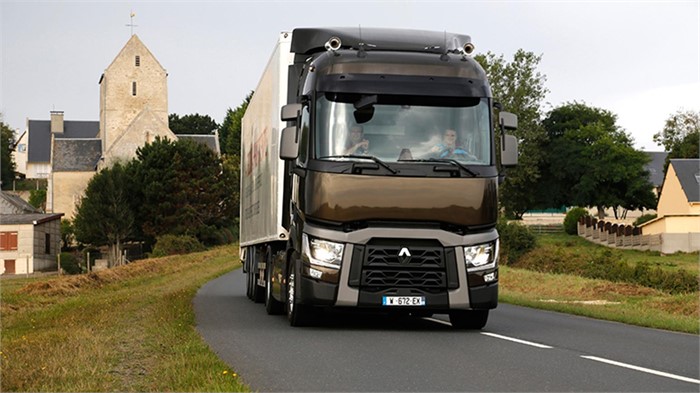 New and used Renault trucks for sale, including some from the Range T series, are available now at TruckLocator.