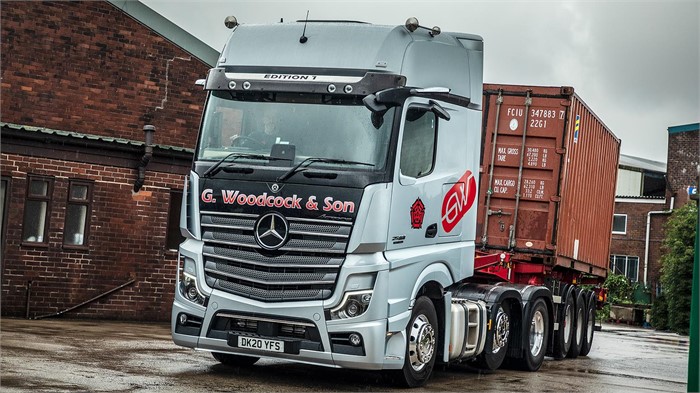 G Woodcock & Son recently purchased a new Mercedes-Benz Actros Edition 1 truck, one of only 400 produced and one of just 35 in the United Kingdom. (Photo courtesy of Mercedes-Benz.)

G Woodcock & Son, a haulage specialist based in Royton, recently purchased a new Mercedes-Benz Actros Edition 1 truck that would not only stand out on the road visually, but also serve as a reward for a driver who has spent 30 years behind the wheel. It joins seven other Actros tractor units already in operation in the company’s fleet. With only 400 produced—and only 35 of those allocated to the UK market—the Actros Edition 1 is a truly limited-edition vehicle. It’s an Actros 2563 at its core with a 15.6-litre 625-hosepower (466-kilowatt) engine, but the vehicle showcases the best of what Mercedes-Benz trucks have to offer. 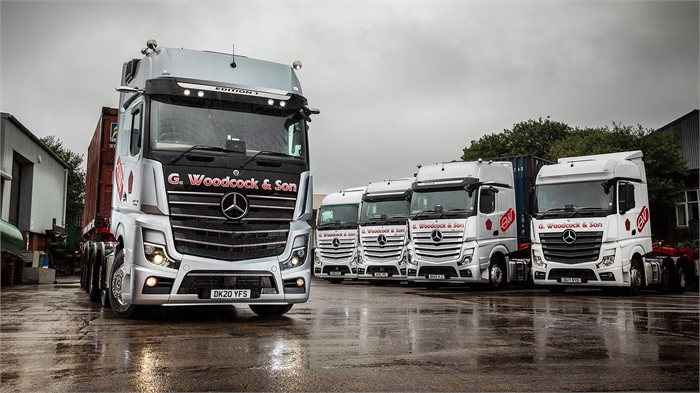 The truck joins a fleet that includes seven other Actros tractor units, and it replaces yet another, a 2017 model. (Photo courtesy of Mercedes-Benz.)

The special-edition Actros, which has replaced a model year 2017 Actros with a 480-hp (358-kW) engine, also features the optional Sight Package, which includes LED daytime running lamps and tail lights, cornering lights, fog lamps, bi-xenon headlamps, and a rain sensor. It includes other add-ons, as well, including Comfort, Driving, Media, and Stowage Packages.

“We’re a relatively small company in a crowded marketplace, so I felt we had to do something to really get us noticed,” says Owner Geoff Woodcock of the purchase. “I knew immediately that it was exactly what I was looking for. It’s a fantastic-looking vehicle and makes a real statement—you certainly can’t miss it. The drivers are highly valued members of our team and great ambassadors for the company. They all like their Actros tractors but the keys for the Edition 1 have gone to John Kershaw. He’s been with us for seven years, although I’ve known him, and indeed his father, who was also a driver, for much longer.” 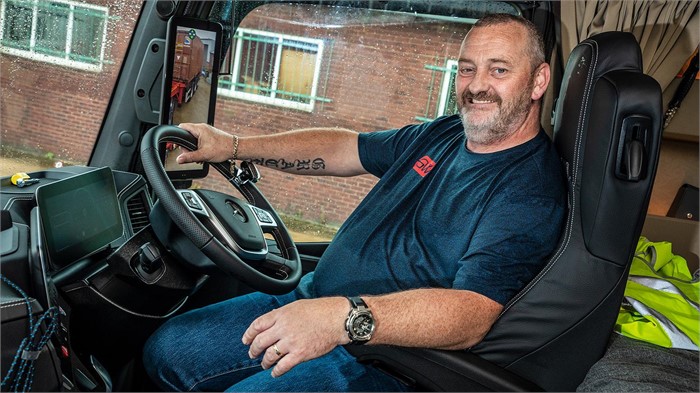 Driver John Kershaw sits behind the wheel of his new Actros Edition 1, a truck he earned by being in the industry for 30 years and working at G Woodcock & Son for seven. (Photo courtesy of Mercedes-Benz.)

You will find hundreds of new and used Mercedes-Benz trucks for sale every day on Truck Locator, including a huge selection of Actros models.