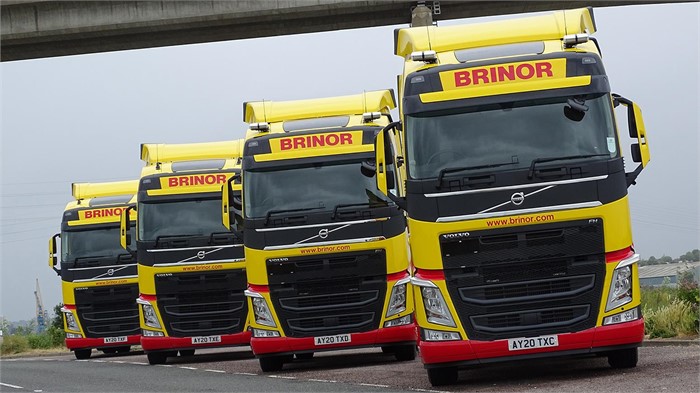 “We do quite a lot of work delivering into the areas where [the DVS and LEZ] will be enforced, so we need to make sure we have trucks on the fleet that meet the standards and allow us to continue to deliver for our customers,” says Gill Thomas, Fleet Manager of the Levington, Suffolk, firm located just southeast of Ipswich.

The trucks will run five days a week hauling shipping containers from the docks of nearby Felixstowe to their destinations in all corners of the UK. “We are Volvo through and through and they were the only manufacturer we considered for this order,” Thomas says. “We are also looking forward to seeing what miles-per-gallon figures they will give us, especially the FH with I-Save, which we have heard quite a lot about.” 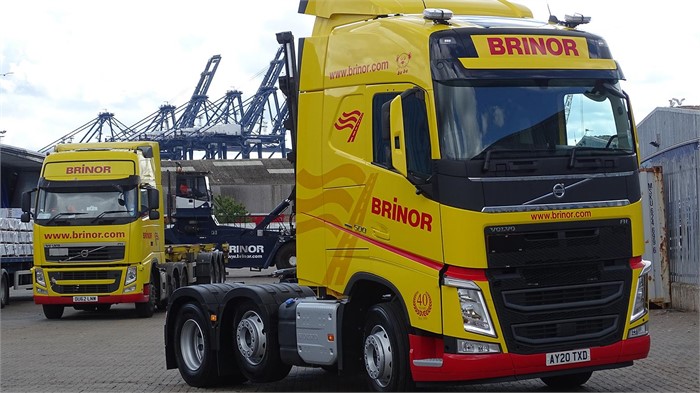 “This order was placed with the new DVS and LEZ targets in mind,” says Brinor Fleet Manager Gill Thomas. “We do quite a lot of work delivering into the areas where they will be enforced.” (Photo courtesy of Volvo.)

The aforementioned 44-tonne tractor with I-Save has special fuel-saving features such as I-See predictive cruise control to reduce its operating costs and extend its range. Its turbo-compounding, 460-horsepower (343-kilowatt) D13TC Euro 6 Step D engine generates up to 300 newton metres of additional torque, which helps it maintain roadway speeds without burning as much diesel fuel.

“The drivers are all thrilled with their new trucks,” says Thomas. “The upgrade is great for them, so we’re pleased they’re happy.” 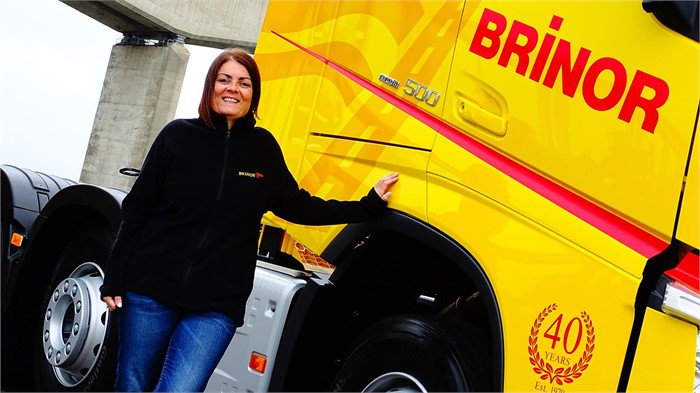 A Look At The Volvo FH

Volvo designs the FH series for minimum air resistance and maximum uptime. The truck comes with a selection of five sleeper cab configurations ranging from a flat top to high-roof Globetrotter variants. Besides the tractors mentioned above, the FH is also available as a rigid truck. Engine options include six-cylinder diesels with power levels from 420 to 540 horsepower (313 to 403 kilowatts) and 2,100 to 2,800 N-m of torque. The truck comes in axle configurations ranging from 4x2 all the way up to 10x4.

Truck Locator’s online marketplace hosts a broad array of new and used FH series and other Volvo trucks from sellers throughout the UK, Ireland, and the world.