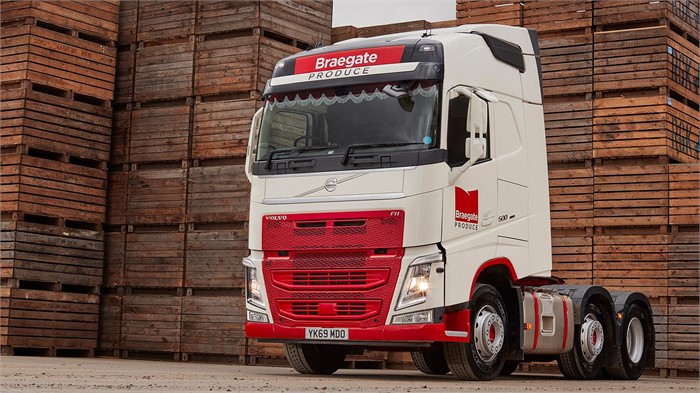 Braegate Produce, a potato supplier based in Tadcaster, North Yorkshire, recently added their first Volvo truck, an FH 500 tractor unit. The 6x2 vehicle features a D13K Euro 6 engine that produces 500 horsepower (373 kilowatts) and 2,500 newton-metres of torque, a 12-speed I-Shift automated transmission with Volvo’s long-haul fuel plus package and I-See predictive cruise control, a Globetrotter cab, and a pusher axle. The company decided to add the Volvo FH to its seven-vehicle fleet after a favourable stint with a demonstrator model and hearing positive word of mouth from other Volvo customers.

Supplied by Crossroads Truck and Bus on a four-year contract hire agreement with Volvo Gold Contract repair and maintenance support, the 44-tonne Volvo FH is expected to cover 140,000 kilometres per year while in operation five to six days per week. While the truck will sometimes pick up produce from potato farms, its main responsibility will be distributing potatoes to regional distribution centres as well as supermarkets across the country. 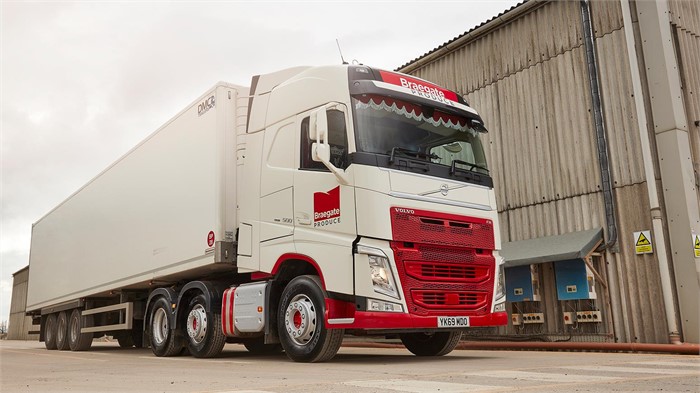 “The main focus for us is fuel economy. If the FH can match, or better, the rival manufacturers we’ve got on the fleet then we will go back to Volvo again,” says Braegate Transport Manager Brian Whitaker. “Obviously, it’s a brand-new truck and it still needs to be run-in, but we’re very happy with what we’ve seen so far. We’ve even had Volvo’s local Fuelwatch Manager visit to make sure our driver was getting the best possible performance from the vehicle. He used to have a Volvo before he joined us, so naturally he’s delighted to get back behind the wheel of a top-spec FH Globetrotter!”

There are hundreds of new and used Volvo trucks for sale on Truck Locator, including a large selection of FHs, FEs, FLs, FMs, and FMXs.