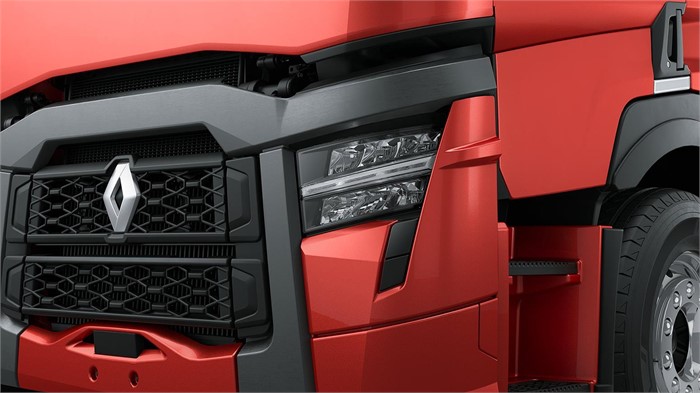 Renault Trucks is keeping details about the 2021 iterations of its C, K, and T ranges close to the chest, but will debut the T and T High 2021 in Euro Truck Simulator 2 on 6 April. (Photo courtesy of Renault.)

Renault Trucks has announced that its C, K, and T trucks will receive several major upgrades in 2021, in what it says is “the most extensive evolution” of its vehicles since 2013. Rather than debuting the updated models on a stage, however, the French marque will instead give customers a sneak peak of the long-haul T and T High 2021, specifically, in the PC video game Euro Truck Simulator 2.

Those interested in Renault’s C and K construction trucks will have to wait a bit longer, but the company does say that in addition to improving driver comfort and safety across the lineup, it is also focusing on improving fuel efficiency and reducing CO2 emissions. Renault hopes to increase uptime as well, pointing toward the availability of its Predict predictive maintenance plans.

As for the T and T High 2021, starting 6 April, new and existing players of Euro Truck Simulator 2 can appreciate the exterior design of the vehicles and even behind the wheel of a digital truck to get a feel for the comfort and layout of the cab interior and the overall driving experience. Renault Trucks Design Director Paul Daintree will also lead a live test drive of the Renault Trucks T 2021 on 6 April followed by a meeting.

Renault points out that Euro Truck Simulator 2 currently has a global player base of more than 9 million people and that they will be able to take a T or T High truck through “urban areas” and “on regional roads or on motorways.” Players can share their experiences using the #renaulttrucksevolution hashtag on various social media sites. There will also be several competitions on Renault’s various platforms, complete with prizes, denoted with the hashtag #renaulttrucksevolutioniscoming.

Find Your Next Renault Vehicle

You will find a large selection of new and used Renault trucks and vans for sale on Truck Locator, including Range Cs, Range Ts, Midlums, and Premiums.