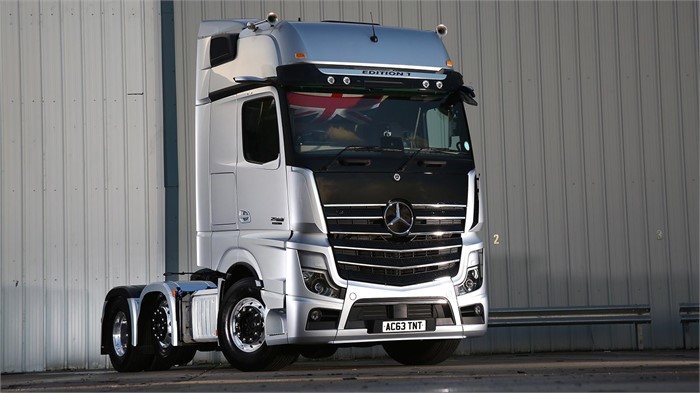 Tonnes & Tonnes, a transporter based in Tilbury, recently added one of 400 Mercedes-Benz Actros Edition 1 trucks to its fleet. The vehicle is one of only 35 such models made available for sale in the UK. (Photo courtesy of Mercedes-Benz.)

Tonnes & Tonnes, a transport company based in Tilbury, recently added a new Mercedes-Benz Actros Edition 1 to its fleet. The special, limited-edition vehicle is one of only 400 produced, a mere 35 of which were available to order in the United Kingdom. Diogo Ferreira founded the company in 2017 with his brother-in-law, Guilherme Vieira, and Ferreira, along with his wife Sonara, will be the ones behind the wheel of the new Actros.

“Having started out with a single vehicle by another manufacturer we began networking and talking to others in the transport industry about which truck we should buy next,” says Vieira. “Several recommended the Actros as a modern, strong, comfortable and easy-to-drive tractor unit, so we contacted our local Mercedes-Benz dealer, S & B Commercials. Business has been going well and Diogo wanted a special vehicle that would make a statement about how far we’ve come. Naturally, given our previous experience, we went for the very best that Mercedes-Benz had to offer.”

More On The Actros Edition 1

The Mercedes-Benz Actros Edition 1 is powered by a 15.6-litre, 617-horsepower (460-kilowatt) engine, but what makes it stand out from other Actros models are all of the many upgrades, including the GigaSpace cab with a black grille, dark rims and headlamp covers, black hubs and wheel nut retainers, and four additional LED headlamps for improved visibility. 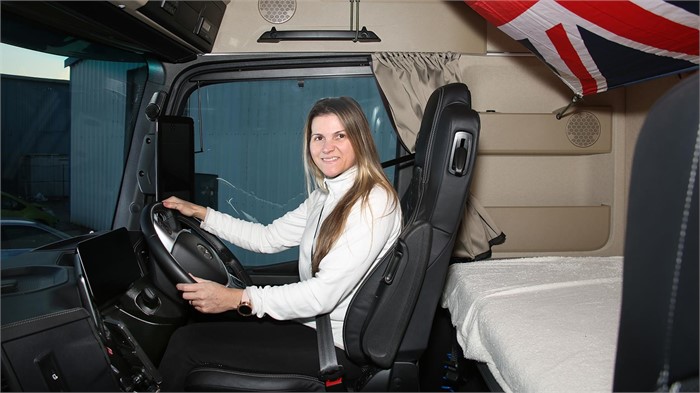 The Mercedes-Benz Actros Edition 1, which will be driven by husband/wife driving team Diogo and Sonara (pictured here) Ferreira, features a 617-horsepower engine and several interior and exterior upgrades that make it stand out from standard Actros trucks. (Photo courtesy of Mercedes-Benz.)

You will find hundreds of new and used Mercedes-Benz trucks for sale on Truck Locator, including a large selection of Actros, Atego, Axor, and Econic models.