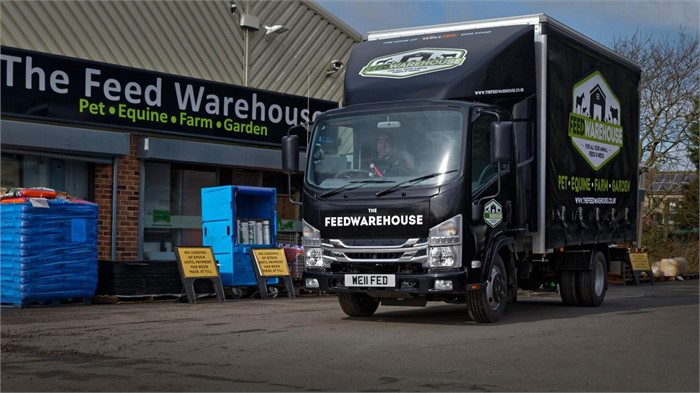 After adding a new 3.5-tonne Isuzu Grafter curtainsider to its delivery fleet, The Feed Warehouse says it has been able to speed up loading times by at least 50%. (Photo courtesy of Isuzu.)

The recent addition of a 3.5-tonne (3.85-U.S.-ton) Isuzu Grafter to The Feed Warehouse has helped the retail provider of pets, equine, farm, and garden products to realize several productivity improvements, including speeding up loading times by at least 50%. Serving North East England from two store-warehouse locations in Consett and Browney, County Durham, The Feed Warehouse’s new Isuzu joins a six-vehicle fleet but is both the firm’s first-ever Isuzu and first-ever curtainside truck.

The Feed Warehouse Director Sean Kell says his firm’s new Grafter lets it provide better customer service, thanks to its greater payload potential for horse bedding and other bulky items Feed Warehouse delivers. “We can carry more products on the Isuzu, and we have now been able to speed up the loading time by at least 50%, allowing us to make even more return trips per day,” he says. “Also, the clear open access to the truck body significantly means less body damage to the truck when loading by forklift in comparison to its panel van predecessor.” 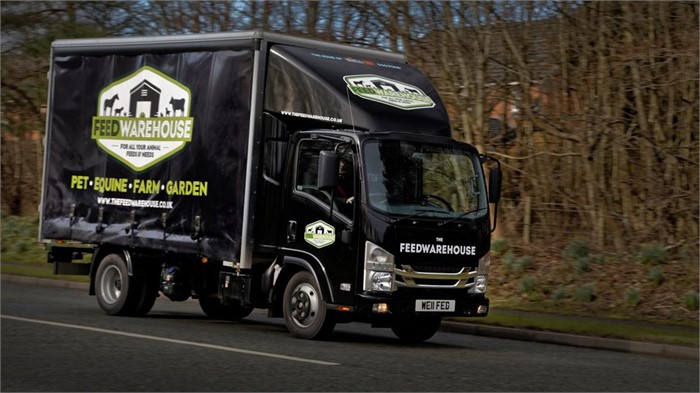 The Feed Warehouse recently added the first Isuzu Grafter truck to its six-vehicle fleet. Director Sean Kell says Grafters “have a really good name within the industry, with a proven driveline known for its reliable longevity, which naturally gave us the confidence to specify this vehicle for the first time.” (Photo courtesy of Isuzu.)

“Not only does the truck look really smart when pulling up at a customer premises, creating the right impression, but an important part of the vehicle specification was the inclusion of a new fully automatic gearbox,” Kell says. “This makes the Grafter really easy to drive; it’s so smooth and the drivers absolutely enjoy the super-smooth driving experience.”

The Feed Warehouse started in the mid-1960s with just 12 hens that produced eggs for local residents. In 2009, the company expanded its range of stock, and in 2013, it added the warehouse in Consett that now serves as its head office and distribution centre.

You’ll find a large selection of new and used Isuzu trucks for sale every day on Truck Locator, including a number of Grafters.