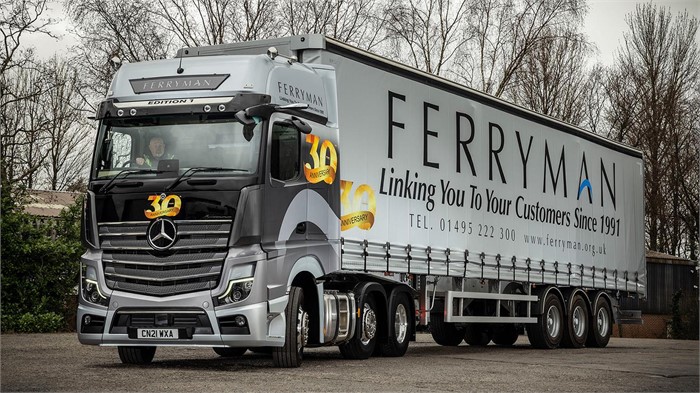 Mercedes-Benz made just 400 units of its special edition Actros Edition 1 truck available worldwide, and only made 35 available for sale in the UK. Ferryman, a family-owned, South Wales-based transport, warehousing, and pallet network services provider, was one of the fortunate few to acquire one. Now, Ferryman driver Martyn Jenkins—also known as “Trucker Jenko” to subscribers of his YouTube vlog—is detailing his experience driving the truck.

“I’m 52, and this is my first top-of-the-range truck,” says Jenkins. “There’s so much to be excited about that I feel like a kid at Christmas, really lucky, and incredibly grateful. The Edition 1 is unbelievable. I love the way it looks, even at night when the grille-mounted three-pointed star is illuminated. It’s also great to drive, with an amazingly spacious and comfortable cab—the top bunk is huge– in which to spend nights away. Whichever way you look at it, this truck is lush.” 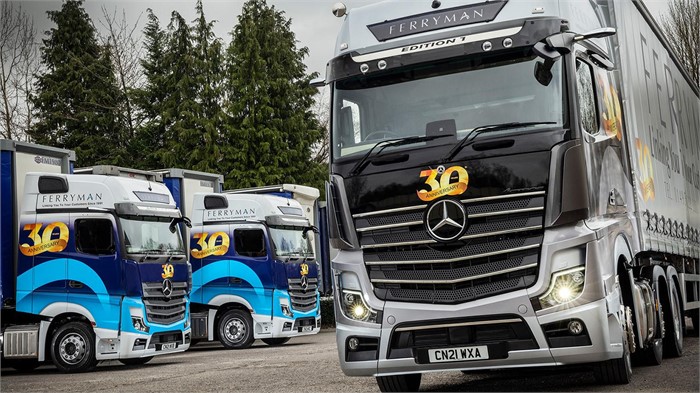 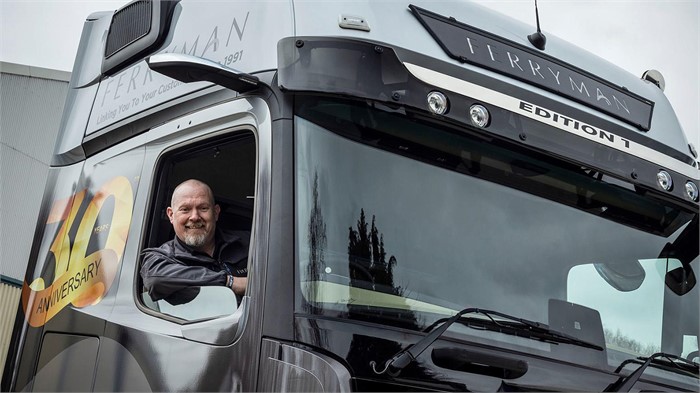 “The same was true when they were driving in the rain or freezing fog, as the images from the cameras are relayed to screens mounted inside the cab, on the A-pillars,” Morris says. “We’re hoping, too, that MirrorCam will save on repair costs. Standard mirrors get quite a few knocks here in the Welsh Valleys, but the fact that they’re higher and more compact means the cameras should be less vulnerable to damage.”

Truck Locator offers hundreds of new and used Mercedes-Benz trucks for sale every day, including a large number of Actros trucks.