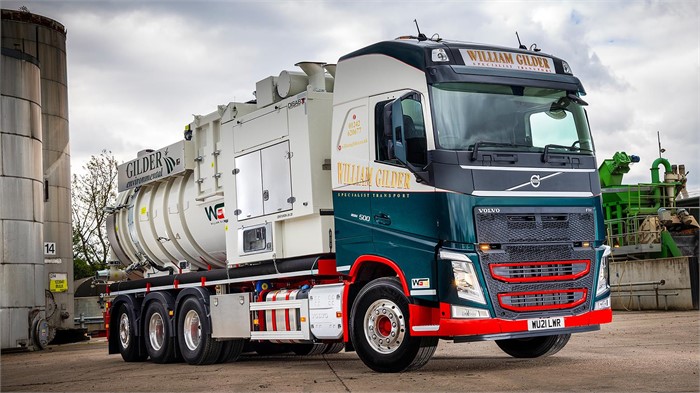 “It can pick up dry and wet material and will allow us to remove waste from a wide range of places,” says William Glider Director Melvyn Evans. “For instance, we can run pipes into a factory floor to collect product that has fallen off conveyors. We also do a lot of work with anaerobic digestion plants, which need cleaning usually every 18 months or so. We can access those tanks and run it all via a remote control, meaning there’s no need for man entry—making it a much safer process.”

William Glider reports it will also add 10 new Volvo FH 6x2 tractors to its fleet this year, all of which will be used to pull tankers transporting liquid waste.

William Gilder worked with the team at Truck and Bus Wales and West to configure the FH Tridem. “We would not have the finished product we have now without their efforts,” says Evans. “There’s not an inch of space left on the truck, and the Wales and West team have worked wonders, along with the bodybuilder, to supply it just as we wanted. We’ve kept it as short as possible and also added rear air suspension to improve manoeuvrability further, which will help us get into some awkward sites.” 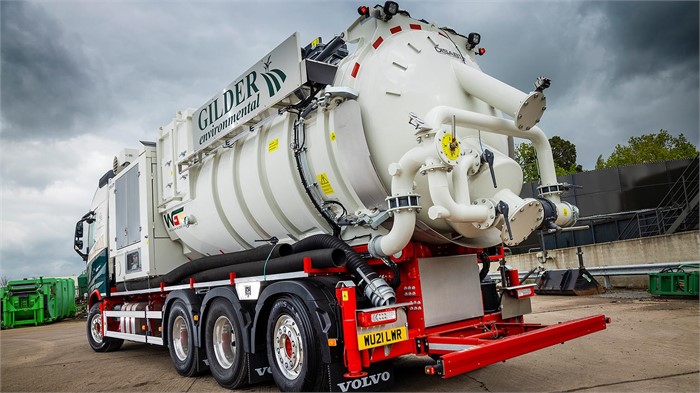 You’ll find a large selection of new and used Volvo trucks for sale every day on Truck Locator, including numerous FHs.