A new Scania tipper truck from Scania was unveiled during the CLOCS conference last month. It boasts a revised design which makes it safer for use in urban environments.

As with a similar model from Renault which appeared at the same event, the Scania Urban Tipper has undergone an extensive overhaul with the help of outside experts in order to ensure that it can cope with the rigours of driving on city roads without putting others at risk. 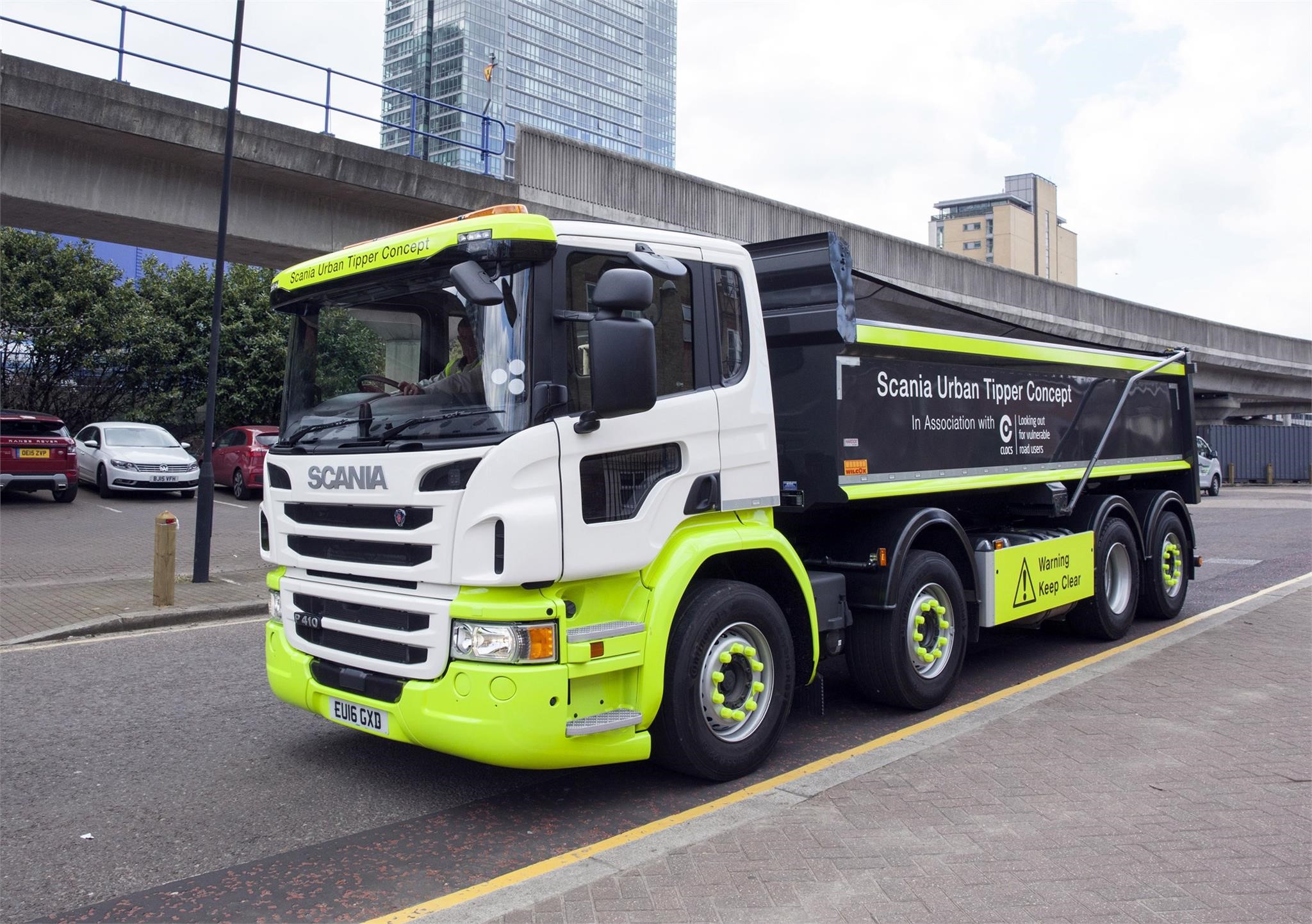 In response to the challenge to reduce risk and afford greater protection to vulnerable road users, Scania has developed a new standard for tippers operating within city centres
Four axles are present as standard in order to ensure that this truck can handle heavy payloads of up to 20 tonnes, which it will be required to bear when put to work on construction projects. And with steering capabilities integrated in up to three axles, it can take corners and execute manoeuvres efficiently in even the narrowest scenarios.

The model on show at CLOCS featured a P series cab and a reduced-height body which makes it better suited to work in built-up environments, where obstacles such as bridges and tunnels might otherwise hamper its movement.

And while the Urban Tipper may be tough enough to take on the off-road environments that it will encounter in the construction industry, it has also been set up in a way that caters to the fact that it will spend most of its time on tarmac rather than dirt or gravel.

This is further supported thanks to the inclusion of an Opticruise transmission, which in combination with Scania's own 410hp engine will make it an efficient and enjoyable truck to drive on ring roads, motorways and even through city centres.

This is a Euro 6 compliant unit, keeping emissions to the minimum and ensuring that fuel costs are very much reduced for operators, which is what you would expect to see from the current generation of Scania trucks.

Air suspension all round helps to cushion the bumps and ensure loose materials in the load bed can be moved safely thanks to the enhanced stability. This also means the ride height can be adjusted depending on the road, surface or any obstacles that might be faced.

In terms of safety features, Scania has endowed this truck with a comprehensive selection of cameras and sensors, meaning that drivers will be able to see almost every inch of their surroundings and thus be able to avoid collisions that might otherwise occur during busy periods.

Doors with integrated glass low down enhance visibility further and minimise blind-spot issues, while the automatic braking, lane-departure alerts and a tried and tested ESP system will all work together to ensure that Scania's Urban Tipper is competitively equipped.