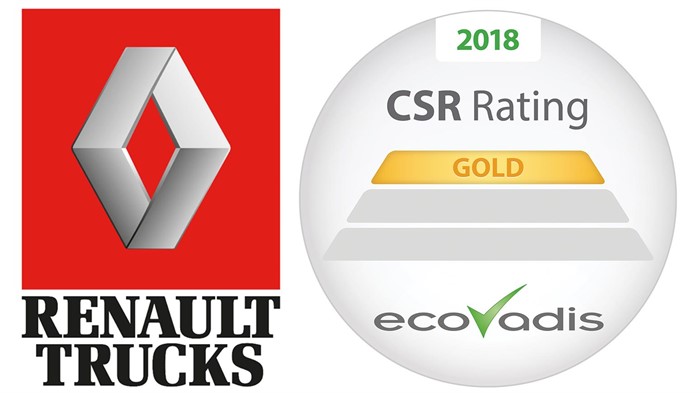 Ecovadis recently handed Renault Trucks a Gold rating thanks to the success of its Corporate Social Responsibility (CSR) policies and programs, which now place Renault in the top 5% of rated companies. Ecovadis is an independent group that rates the CSR achievements of various companies across 190 categories using 21 metrics. The organization, which rates companies from 150 countries around the world, focuses on categories like Labour and Human Rights, Ethics, Environment, and Sustainable Procurement.

“This Gold rating testifies to Renault Trucks' commitment to sustainable development and rewards the company’s longstanding policy of tangible action in the economic, social and environmental sphere,” said Julie Marconnet, CSR manager for Renault Trucks, in a news release. “Our customers trust this rating to give a true reflection of the level of commitment of their suppliers. It also helps us benchmark our progress and strive to continually raise our standards.”

Dedicated To The Cause

Renault Trucks has been focusing on various Corporate Social Responsibility issues over the years, and the company credits its performance at least partially to three major projects. One is the company’s electric vehicle program, which was created to both reduce noise levels in urban areas as well as to help reduce air pollution. The second is the company’s diversity and disability charter. And the third is the company’s dedication to fighting corruption. After reviewing CSR information and performing a 360-degree audit of the company, Ecovadis saw fit to reward Renault Trucks for its efforts.

If you’re on the lookout for a used Renault truck, you’ll find many models to choose from on TruckLocator. Listings include nearly new models in the Kerax, Midlum, Renault Premium, and Renault Range T lines, and more.