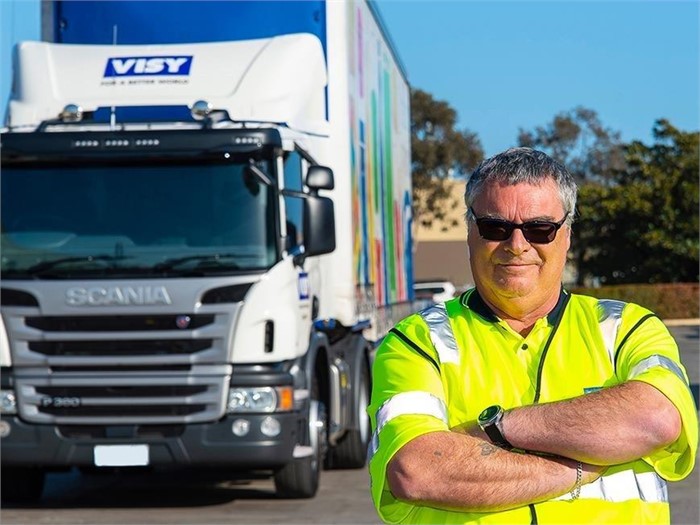 Tim Mason, a truck operator for Visy Logistics, earns a score of 99% or above with Scania’s Driver Support system every time he drives. (Photo courtesy of Scania.)

Tim Mason, a driver for Visy Logistics out of Southbank, Victoria, Australia, achieves a 100% score from the Scania Driver Support system on a every time he drives. This system gives operators information about fuel efficiency, braking, safety, and general driving behavior. While many operators score somewhere in the 70% to 75% range, Mason takes advantage of his 40 years of professional driving experience, combined with Scania’s Driver Support system, to avoid falling below the 99% threshold. 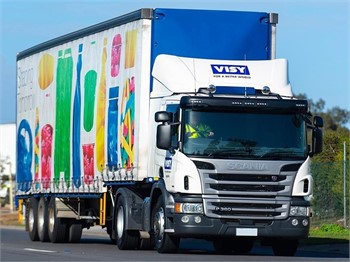 Mason credits his Scania P 360 4x2 tractor unit with not only being comfortable and quiet, but also for offering wide visibility so he can see the road and other drivers around him more easily. He drives one of Visy Logistics’ 59 new Scania trucks, which the company purchased in 2017, hauling aluminium cans on pallets back and forth between an Adelaide-based brewery and the Visy recycling plant. While the route is the same every time, he never misses on an opportunity to improve his driving skills.

“Anticipation is the key,” says Mason. “You need to read the road. I was taught that driving consists of three parts: seeing, planning, and action. If you get your anticipation right, everything else falls into place, and you shouldn’t need to use the service brakes, just the retarder. If you’re not paying attention and have to brake sharply, the system prompts you to anticipate better next time. This has a big impact on the driver score, so you have to work hard to regain the percentage. To get a good score you must pay attention all the time.”

If you’re interested in buying your own nearly new Scania P 360 or other similar model, you’ll find hundreds of used Scania trucks for sale on this site.