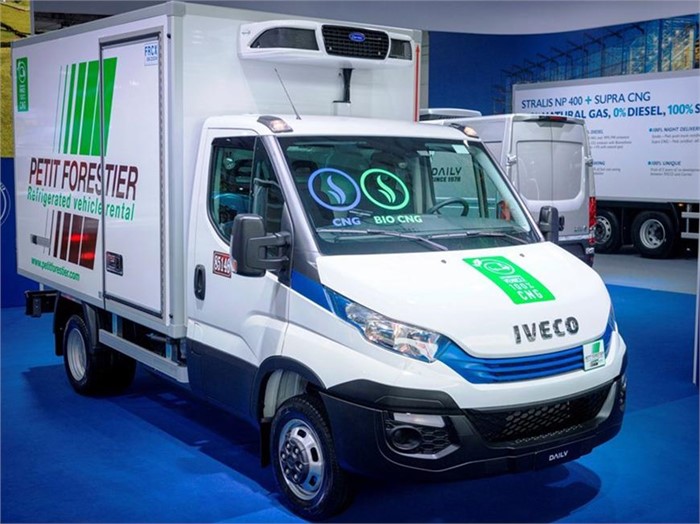 This IVECO Daily is outfitted with a Lecapitaine refrigerated box for use as a rental truck by Le Petit Forestier. (Photo courtesy of IVECO.)

IVECO has 18 alternative fuel vehicles on display at IAA Commercial Vehicles 2018, and all of them feature prominently at the event’s 100% Diesel Free stand and Low Emissions Area. Power sources include compressed natural gas (CNG), liquefied natural gas (LNG), and electric. According to IVECO, the natural gas technologies used in these vehicles can result in reductions of “90 percent for NO2, 99 percent for particulate matter, and 10 percent for CO2 with natural gas, which rises as high as 95% with biomethane well to wheel.”

The First In History

“IVECO is the first manufacturer in the history of the IAA to present a stand without a single Diesel Engine—neither on the vehicles or their bodies,” says IVECO Brand President Pierre Lahutte. “The transport industry is changing, as the pressure on diesel mounts and the energy transition gains momentum. Our display demonstrates that IVECO’s Electric, CNG, and LNG offering is available today and offers a viable alternative to diesel vehicles in all missions, from urban high-value, low energy intensity people transport to long-distance heavy-duty haulage.” 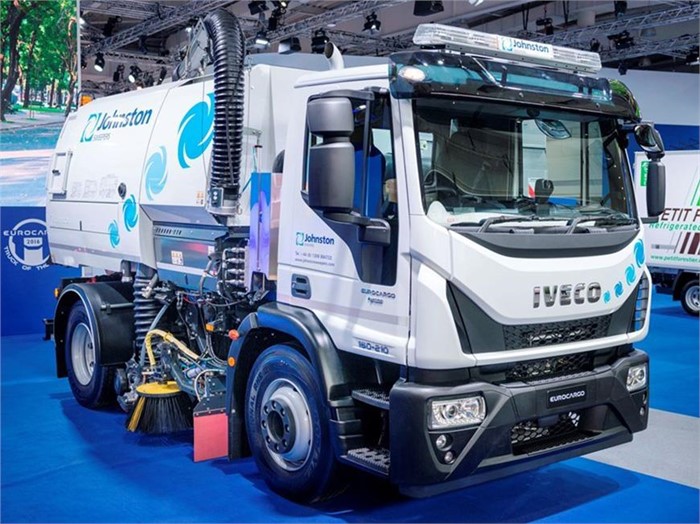 IVECO BUS will have a handful of buses and coaches on hand, including the Daily Electric Minibus for use in city centres, the Heuliez Bus GX ELEC fully electric bus, the Crossway Low Entry Natural Power, and IVECO BUS’s Crealis In-Motion Charging. IVECO will also have a range of trucks in the Daily Blue Power lineup meant for suburban and urban goods transport, including the Daily Hi-Matic Natural Power with its 3.0-litre CNG engine and eight-speed automatic transmission.

Many vehicles on display are the result of partnerships with other companies, like the 400-horsepower Stralis X-Way Natural Power, which sports a CIFA Energya hybrid plug-in electric concrete mixer. A number of others are part of the Daily Blue Power line of trucks, including one featuring a Lecapitaine refrigerated box, a 7-tonne truck with a Junge platform and curtainsider, a truck with a Maxicargo tipper trailer and crane from Fassi, and a Daily 40th Anniversary Limited Edition model designed for delivering parcels.