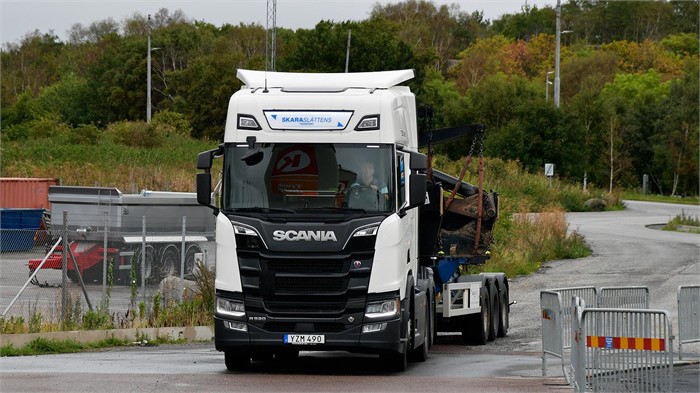 Skaraslättens Åkeri, a transportation company based in Sweden, recently upgraded from Scania R 580 trucks to new R 520 models and lowered their annual fuel costs by roughly 10,000 euros per truck in the process. According to the company, their R 580 trucks had an average fuel consumption rate of 41.5 litres per 100 kilometres in 2016, and their new R 520 models are averaging 33.1 litres per 100 kilometres (20% decrease) in only two years. This comes out to a total annual fuel savings of 300,000 euros across the entire fleet.

Skaraslättens not only attributes this success to the trucks themselves, but also to their drivers. “In my estimation, I would say that two-thirds of the fuel consumption can be attributed to the truck, while the driver can influence the remainder,” says Håkan Johansson, head of finance for Skaraslättens. The company’s drivers are incentivized to keep fuel efficiency in mind as they operate their vehicles because “a portion of the hourly wages is based on driving performance.”

Skaraslättens holds all of its trucks to a strict three-year or 400,000-kilometre operational limit to maintain resale value. However, in those three years, the company demands a lot from their fleet, which comprises Scania vehicles that bring goods in from Asia and then export wood back out to other countries. The V8 engine, which is available on Scania R 520 models, “has turned out to be a stroke of luck,” says Johannsson, because it can handle the weight of 60-tonne loads spread across two containers with relative ease.

Visit anytime and you’ll find that TruckLocator has hundreds of used Scania trucks for sale, including several Scania R 520 models.