Scania Delivers 100 Gas Trucks In Its Biggest Single Order Yet 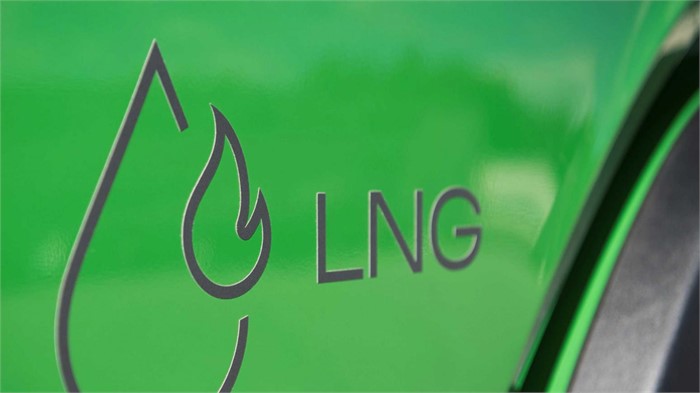 Scania will soon deliver 100 liquefied natural gas (LNG) trucks to KP Logistik, a logistics and distribution company based in Stavenhagen, Germany. Scania sold its first LNG vehicle in Germany back in September of 2018, which followed on the heels of the announcement of a road toll exemption for gas-powered vehicles in the country. “We are seeing an ever-increasing interest in our gas vehicles and the order from KP Logistik is the largest so far,” says Christian Hottgenroth, truck sales director for Germany and Austria at Scania.

KP Logistik will use its new vehicles to deliver dry goods as well as frozen and refrigerated foods. A major selling point for the company is the fact that gas-powered engines can reduce carbon emissions by as much as 90% by using biogas. While wanting to “set a good example for the transport industry,” the company also had to justify the higher cost of the vehicles; fortunately, the road exemption and other subsidies “made it much easier for us to opt for gas technology,” says David Brokholm, managing director of KP Logistik GmbH.

Looking Toward The Future

KG Logistik plans to run each of its new Scania R 410 trucks for four or five years while accumulating around 800,000 kilometres total. Each truck has a 340-litre and 400-litre tank, which gives it a maximum operating range of up to 1,100 kilometres. To help the cause, Liquind 24/7, a local fuel provider, will establish an LNG filling station in Wustermark and Stavenhagen. All told, Germany hopes to have 20 fill stations in place by the end of this year.

TruckLocator has a large selection of new and used Scania trucks for sale, including several Scania R Series models.