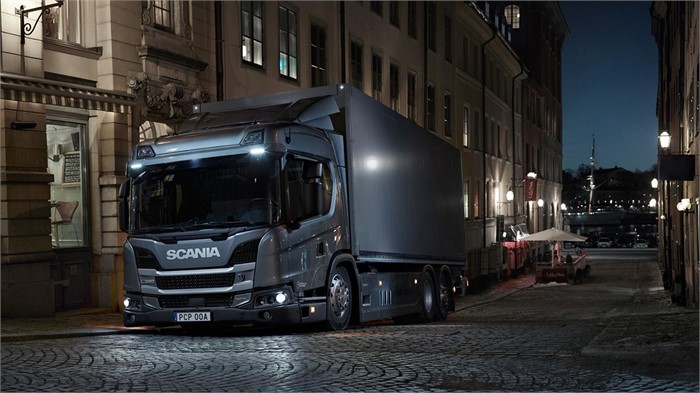 Vado e Torno, a trade magazine published in Milan, recently named the Scania L 320 hybrid truck its Sustainable Truck of the Year, giving Scania its fourth consecutive win in the distribution category. According to Maurizio Cervetto, managing director of Vado e Torno, Scania won the award largely because it “lets each customer choose the solution that best fits their operation, from gas to HVO, from biodiesel to bioethanol, that all help reduce carbon emissions and aim to make heavy transport more sustainable.”

Scania offers its award winning L-series hybrid as a plug-in hybrid or hybrid electric. Both models feature a Scania 9-litre engine that runs on either diesel or HVO (hydrotreated vegetable oil) complemented by a 130-kilowatt (174.3-horsepower) electric motor. It has a range of up to 10 kilometres (6.2 miles) in all-electric mode. Scania points out that in addition to producing fewer emissions, the L-series also delivers “lower noise levels” and “better visibility” that “helps improve safety for pedestrians and cyclists,” making it ideal for operating in urban environments.

“We are extremely proud to receive this award again, which further confirms Scania’s commitment to offering the highest levels of sustainability, both economically and environmentally,” says Franco Fenoglio, managing director of Italscania.

More On The Scania L-Series

You will find a large selection of new used Scania trucks for sale every day on TruckLocator.