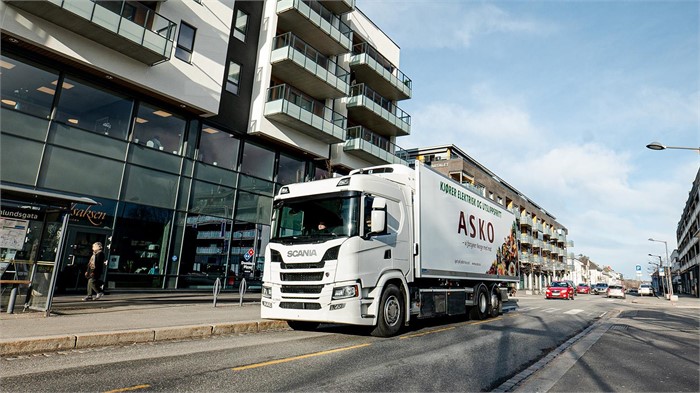 Swedish truck manufacturer Scania has entered a pilot programme in conjunction with ASKO, a Norwegian maker of environmentally friendly appliances, to use two Scania battery-electric trucks for city-distribution applications. Karin Rådström, Scania head of sales and marketing, notes that electrification will be key to a long-term, sustainable transport system utilising heavy vehicles. She further explains that reaching that point will require “customer-near development to understand the impact on the customers’ full operations, not only making sure that a technical solution works and the electricity that charges the batteries is sourced from renewable energy.”

Scania says its approach to electrification includes researching and developing a “broad palette of solutions,” including various types of bio-fuel hybrid-electric technologies and fully electric trucks and buses. Scania is also focused on electric-vehicle charging methods, including plug-in charging as well as pantograph- and hydrogen-powered fuel cell charging. While Scania expects we’ll soon reach a “tipping point where electrification for heavy transport will become a sound standalone investment” for customers, the firm acknowledges “we are not quite there yet.” As such, Scania notes the project with ASKO received financial assistance from Enova, a state-run enterprise owned by Norway’s Ministry of Climate and Environment that’s tasked with promoting a shift to environmentally friendly energy consumption and production. 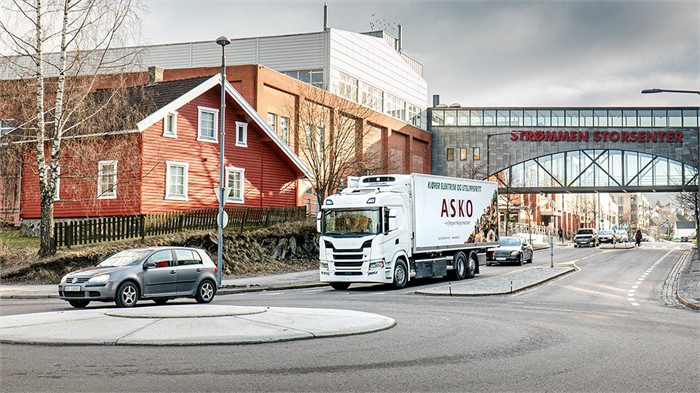 The 27-tonne trucks’ motors are powered by Li-ion batteries with a 165-kilowatt-hour capacity. (Photo courtesy of Scania.)

Scania says it has seen positive results from usage of its hybrid vehicles used in electric mode in city centre settings, and that launching a pilot featuring fully electric battery-powered trucks for city distribution was a logical next step. With the battery technology currently available, Scania says, battery-electric trucks are limited to driving shorter distances, and the batteries must be recharged—something that can occur while loading/unloading goods. The two 27-tonne Scania trucks in the ASKO programme are equipped with 165-kilowatt-hour Li-ion batteries that support a 120-kilometre range. The companies are using 130-kilowatt charging cables to recharge the batteries.

You’ll find a huge selection of new and used Scania trucks for sale every day on TruckLocator.