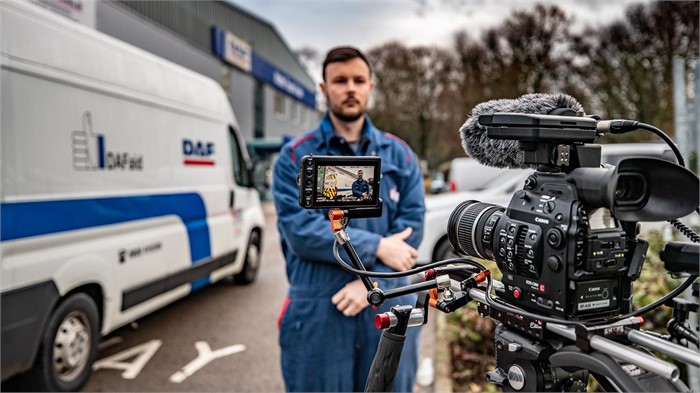 DAF Trucks recently released a 15-minute documentary film that provides a behind-the-scenes look at a day in the life of three DAFaid technicians. (Photo courtesy of DAF.)

If you’ve ever wondered what the life of a heavy-duty truck technician is like, DAF Trucks have released a 15-minute documentary called “DAFaid—What Happens When A Truck Breaks Down” that provides some insight. Filmed through December 2019, the film features behind-the-scenes footage focused on three of the firm’s DAFaid technicians.

DAF, maker of CF, LF, and XF truck series, says besides providing a glimpse behind the scenes of its “from call-out to ‘wheels rolling’” DAFaid service, the documentary serves as a reminder of the essential role all commercial vehicle technicians are playing during the COVID-19 pandemic to ensure deliveries continue to essential services.

“We were keen to show life at the sharp end of the business,” says Phil Moon, DAF Trucks marketing manager. “We see a true-to-life portrayal of call-outs with our three DAFaid technicians reacting to events as they typically happen.” Though filmed last December, he says, the DAFaid “is brought into sharp focus during the current health crisis, proving itself a genuine emergency service for many operators.”

Launched in 1974, DAFaid is available via 134 dealer locations that have all remained fully operational during the pandemic. DAFaid includes 500 technicians on stand-by duty, and has an 80% breakdown fix-rate at roadside. In 2019, technicians responded to more than 94,000 callouts.

You’ll find a huge selection of new and used DAF trucks for sale every day on Truck Locator, including CFs, LFs, and XFs.