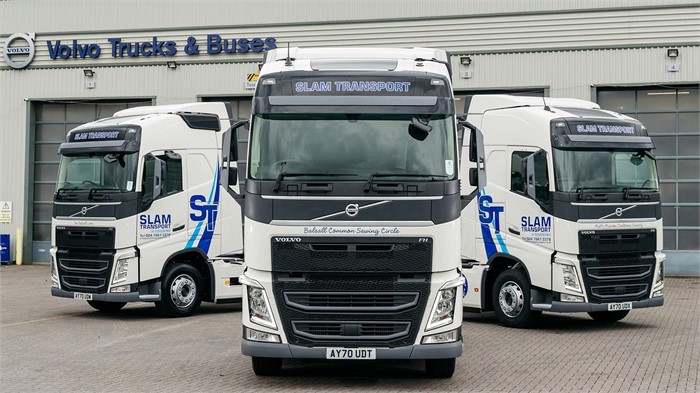 As with Slam Transport’s other trucks, the primary role of these new FHs is to transport items between Amazon e-fulfillment centres, which are lighter parcel loads that need to be delivered in a timely manner. Because reliability and general performance are so important, the company uses Volvo Connect to monitor their vehicles. The FHs are also covered by Volvo Gold Contracts, with supplier Volvo Truck and Bus Centre East Anglia – Coventry handling routine maintenance. This is a convenient arrangement for Slam, as the dealerpoint is just seven miles from the firm’s headquarters. 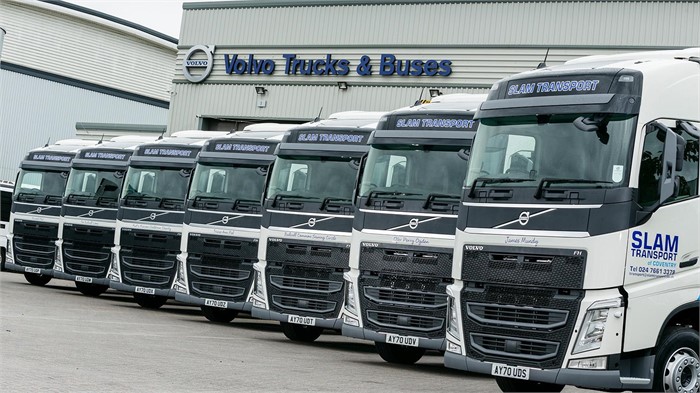 Each of the FHs is powered by a Volvo D13TC Euro 6, Step D engine that produces 460 horsepower and up to 2,600 newton-metres of torque. (Photo courtesy of Volvo.)

“Since we put the new FHs into service they haven’t skipped a beat and are averaging 12.6 mpg. It’s still early days on fuel, but it’s an impressive start vs. our fleet average,” says Slam Transport partner and Transport Manager Danny Gould. “The support we’ve had from Volvo Trucks at every stage has been superb, right from the initial enquiry through to getting our drivers quickly up to speed with the new I-Save technology. Fuelwatch Manager Andrew Wright has been fantastic, helping our drivers to unlock the full capability of the new trucks and record some impressive fuel scores in a very short space of time.” 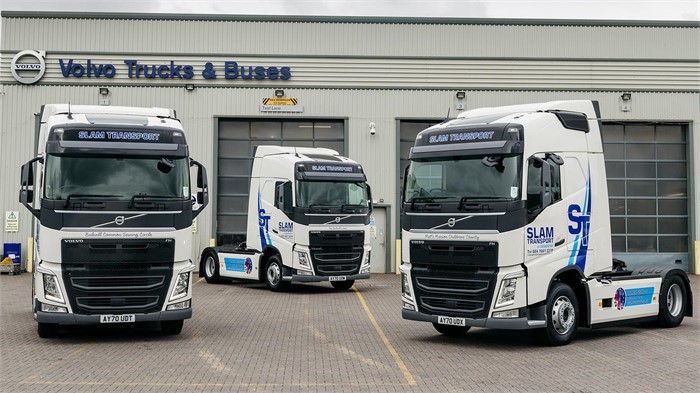 Winner of the International Truck of the Year in 1994, 2000, and 2014, Volvo’s FH has a lengthy and successful history. Volvo announced a new generation of Volvo FH tractors and rigids earlier this year, highlighted by the latest efficiency technologies and safety features. The FH16 is the new flagship in the heavy-duty truck lineup, featuring a six-cylinder 16-litre Euro 6 D16K engine that produces 550 to 750 hp (410 to 560 kW) and 2,800 to 3,550 N-m of torque. FH16 are available as tractors and rigids in axle configurations including 4x2, 6x2, 8x2, 8x4, and 10x4. 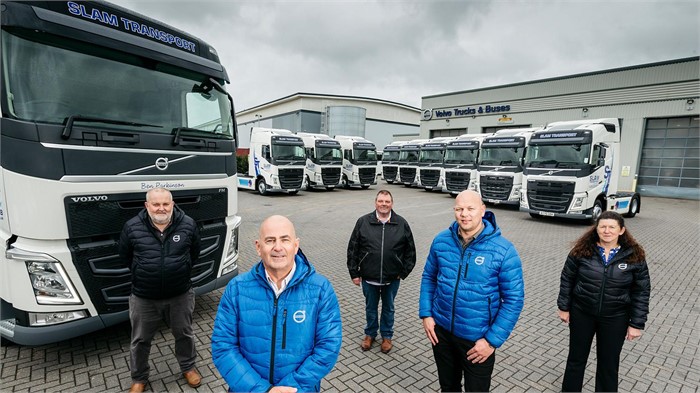 Slam Transport only recently put its Volvo FHs into operation, but they are already returning fuel consumption figures of 12.6 miles per gallon. (Photo courtesy of Volvo.)

You will find hundreds of new and used Volvo trucks for sale on Truck Locator, including a large selection of FHs, FLs, FMs, and FMXs.