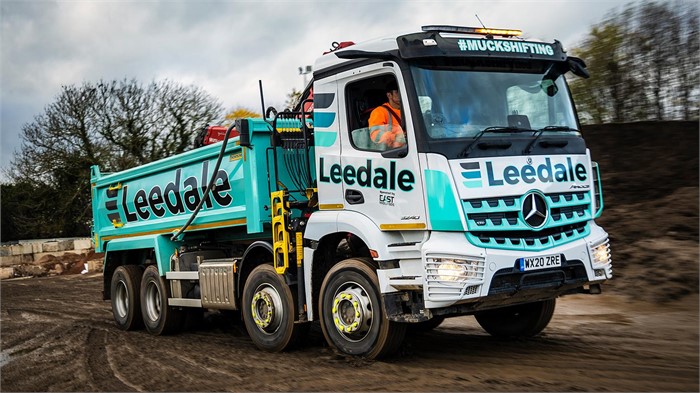 The high-riding Arocs is built expressly for operation on rough sites. (Photo courtesy of Mercedes-Benz.)

Leedale is aggressively improving its fleet to win new business beyond its East Midlands heartland, an upgrade process that includes four Mercedes-Benz Arocs 8x4 tipper-grabs equipped with MirrorCam technology. Leedale was one of the first UK customers to commission a couple of the Arocs tipper-grab trucks in January, and the service specialist recently purchased another pair.

“Not only have our Mercedes-Benz trucks proved to be more reliable and cost-effective to operate than other marques on the fleet, but they are also ahead of the rest when it comes to safety,” says Leedale’s Kim Smith. “MirrorCam, for example, has been a huge hit with the drivers who are using it. So much better is the level of visibility the system offers that not one of them would want to be without it now.”

All About The Arocs

The Mercedes-Benz Arocs is available in two variants: the standard Arocs, which supports gross combination weights (GCWs) from 18 to 48 tonnes, and the Arocs SLT which supports a GCW of up to 250 tonnes. Both models share the same cab specifications, including the ClassicSpace S-cab, ClassicSpace and CompactSpace M-cabs, and ClassicSpace, StreamSpace, and BigSpace L-cabs. Sellers like Rygor Commercials, who provided the Arocs tipper-grab equipped models to Leedale, might also offer work-ready models that have been pre-built to operate on specific types of construction applications. 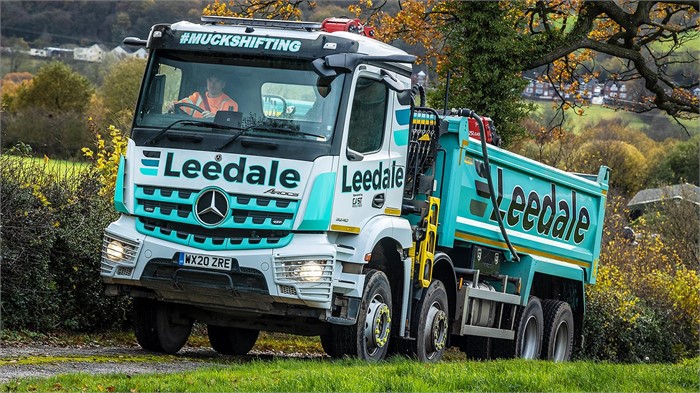 You will find hundreds of new and used Mercedes-Benz trucks for sale on Truck Locator, including a large selection of Arocs models.