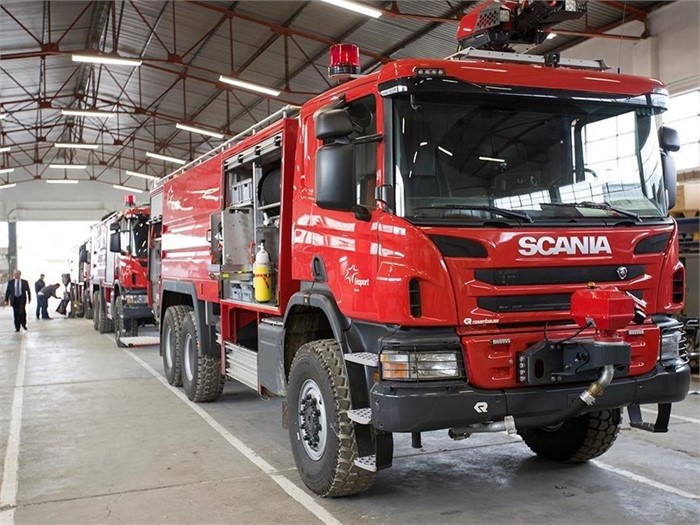 Fraport Greece recently ordered 10 new Scania P 490 6x6 fire trucks for use at many of the 14 airports the organisation operates throughout the country. These vehicles will serve airports located on the Greek islands of Corfu, Kefalonia, Kos, Mykonos, Mytilini, Rhodes, Samos, Santorini, Thessaloniki, and Zakynthos.

“With the addition of the new state-of-the-art fire trucks, we are delivering on our commitment to the highest possible standards at the 14 airports we operate, for both passengers and employees,” said Alexander Zinell, CEO of Fraport Greece, in a press release.

All ten of the new Scania fire trucks come with Rosenbauer body components. Each of the five P 490 6x6 models has a supply capacity of 7,000 litres as well as an 860-litre foam tank. This means that at 10 bar, these trucks can produce 6,000 litres per minute to help control fires. Fraport Greece, which sees about 20 million passengers on a yearly basis, also ordered new protective equipment and training for its personnel. 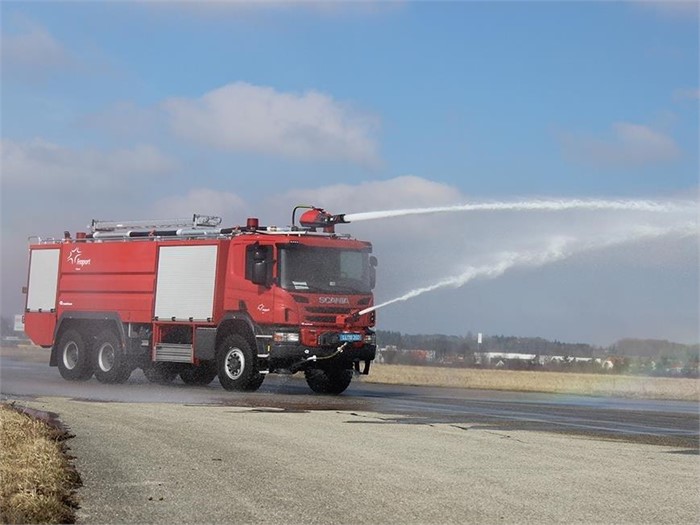 Five of the trucks are Scania P 490 6x6 models that can extinguish at a rate of up to 6,000 litres per minute. (Photo courtesy of Scania.)

More About The P-Series

If you’re interested in owning a P-Series or similar model, you’ll find hundreds of used Scania trucks, including many used Scania P-Series trucks, for sale at TruckLocator.