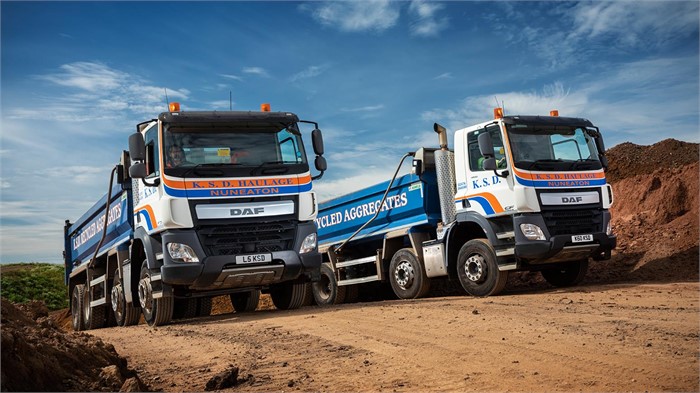 KSD Haulage, a recycling and excavation specialist based in Nuneaton, recently ordered 10 DAF CF 410 FAD 8x4 tripper trucks after adding 10 Euro-6 models to its fleet only two years ago. Each of the trucks is outfitted with Edbro tipping gear. Five of them feature Hardox steel bodies and five have Boweld steel Taperlite HD bodywork.

KSD is a longtime DAF customer and many of its trucks have been in operation for more than 12 years. In fact, DAF says the company recently put 15 2006 DAF tippers up for sale and quickly sold 14 of them. “They are excellent trucks, and we can’t say we haven’t tried other marques back in the day, but we just keep coming back to DAF,” says Glenn Waterfield, transport and operations manager at KSD.

While the performance of past models certainly played a role, other major factors in KSD’s purchasing decision included the “unpredictability of the construction market in recent years” and driving in Low Emissions Zones in urban environments, DAF explains. “We run a lot through Birmingham and the surrounding areas, and Birmingham is committed to a Clean Air programme of some sort, so we thought we’d get ahead of the curve on that,” says Waterfield. “Also, you have to assume that with the growth in such things, and Brexit seemingly on the horizon again, prices could start to rise as people scramble for more new trucks.” 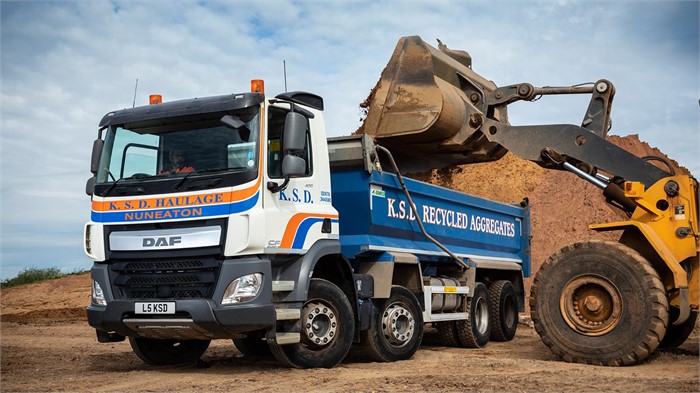 KSD also takes advantage of DAF’s DPA (Driver Performance Assistant) platform, which scores driver activities in real-time, including how well they anticipate braking, how often they use service brakes, and more. The system also monitors cruise control, predictive cruise control, and Eco mode usage based on current traffic conditions and offers coaching when necessary. “It’s a real bonus that DAF has built in here, because it shows drivers any areas of weakness and offers a total performance score in real-time, without anyone else having to ‘lecture’ them,” says Waterfield. “They’re a good bunch and they now take personal pride in trying to raise their overall scores.”

You will find a large selection of used DAF trucks for sale on TruckLocator, including a number of DAF CF models.