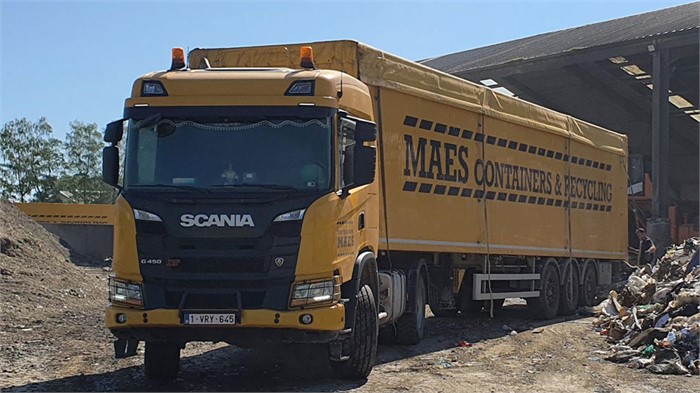 Container Maes, a waste recycling company based in Belgium, recently purchased eight Scania trucks. The company’s fleet consists of 38 Scania vehicles, including a mix of G-, R-, and S-series models in 4x2, 4x4, and 6x4 axle configurations with 13- and 16-litre engines. Some of the trucks drive on paved roads, while others drive primarily on off-road sites, hauling construction waste or empty containers. Once the sorted waste is processed, some of it is transported to landfills by 4x4 trucks.

“The high residual value, low fuel consumption, and solid quality are key considerations for me,” says Yves Maes, managing director of Containers Maes. “Operating in the construction sector, you need to act very quickly. We therefore always go for the latest equipment and replace our vehicles every three to four years. The Scania trucks are dependable with few problems. The low fuel consumption is another important factor when filling 200–300 litres per truck per day. The high market value in later resale is also interesting for us.”

Scania G-, R-, and S-series trucks share many of the same features, with the two differentiators being cab and engine options. All of the have options for eight- or 12-speed transmissions and single or tandem rear drive axles. They are also available as tractor units or rigids with axle configurations ranging from 4x2 to 10x4*6.

You will find hundreds of new and used Scania trucks for sale on Truck Locator, including a large selection of G-series, R-series, and S-series models.