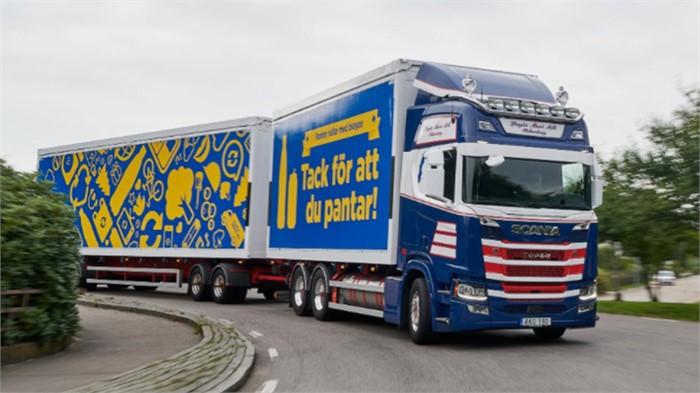 Privately owned firm Returpack heads up the Swedish deposits systems for metal cans and recyclable PET bottles. The company is tightly focused on ensuring its deposited containers are shipped as environmentally friendly as possible, so last year Returpack helped save 180,000 tonnes in carbon dioxide emissions by contracting pickups to hauler Långås Åkeri, which operates a Scania R 410 truck that runs on renewable liquified biogas.

Långås Åkeri operates a 13-truck fleet in the west-coast Swedish village that shares its name. Anders Petersson founded the company in 1936, hauling potatoes with an International truck. His son Curt, now 81, eventually took over the company continued as a driver until two years ago. His daughter, other sons, and son-in-law Jörgen Johansson now own the business. Johansson drives the Scania R 410 that collects Returpack’s deposited containers. He says the truck drives well, adding that even though Scania’s new cabs are very silent, his truck’s cab is even quieter. “And the drivability doesn’t differ in any significant way from the diesel trucks,” he notes. 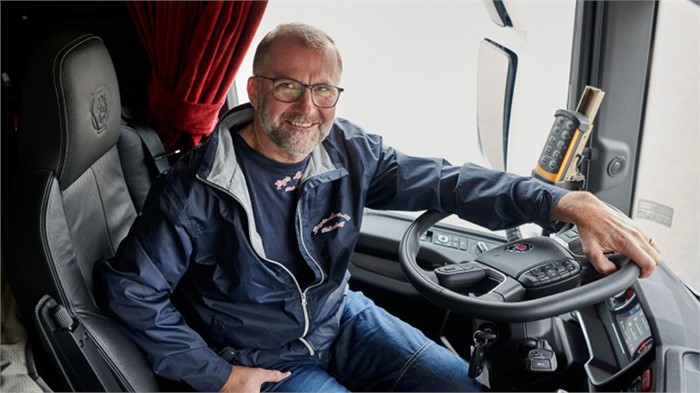 In addition to driving a Scania R 410 for Långås Åkeri, Jörgen Johansson has used his previous experience in the furniture industry to decorate the cabs of the firm’s trucks. (Photo courtesy of Scania.)

Johansson says though there are times when he could use more power than the Scania R 410’s output of 410 horsepower, the truck provides more than enough power for the 10- to 12-tonne loads of compressed containers he hauls. He says the truck’s biogas fuel usage is lower than Långås’ Scania R 520, a truck known for its low fuel consumption. Scania points out that two other Långås trucks uses for Returpack recyclables operate on low-carbon biofuel HVO (hydrotreated vegetable oil).

Scania G-, R-, and S-series trucks share many of the same features, with the two differentiators being cab and engine options. All the trucks have options for eight- or 12-speed transmissions and single or tandem rear drive axles. They are also available as tractor units or rigids with axle configurations ranging from 4x2 to 10x4*6. 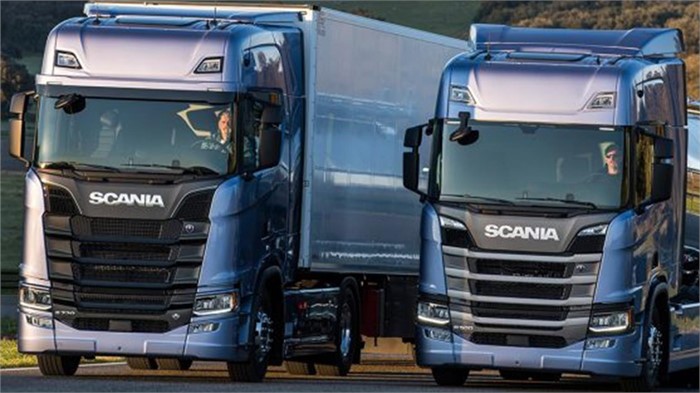 You will find hundreds of new and used Scania trucks for sale every day on Truck Locator, including G-series, R-series, and S-series models.