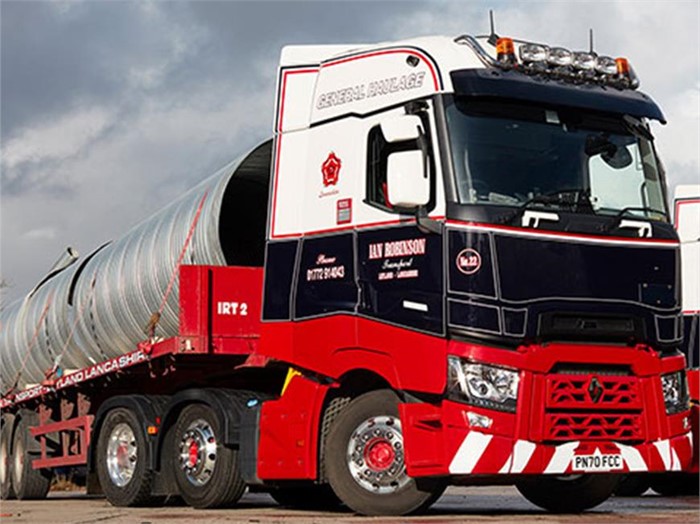 Ian Robinson Transport of Leyland, Lancashire, recently added the first Renault-built trucks ever to its fleet. JD Trucks and Vans supplied the firm with two new T520 High 6x2 haulers, which join DAF and Mercedes 44-tonne trucks and various curtainside and flatbed trailers in its lineup. Ian Robinson founded the family-owned business in 2010 with just one truck. The general haulage company now specialises in providing hazardous waste transport services throughout the UK and Europe.

As part of Ian Robinson Transport’s 10th anniversary, Robinson sought to add a spacious head-turner that made his drivers proud to be behind the wheel. “The T High has gained an impressive and justified reputation within the industry, and it was this, together with a competitive deal, that persuaded me to give them a go as a credible alternative to our current vehicles,” Robinson says. Driver comfort was another priority. “They are out on the road all week racking up thousands of miles across the UK and Europe, so it’s essential that their working home is up to the job,” Robinson says. “They had heard great things about the T High’s reputation from fellow drivers and fancied giving them a go, too.”

You’ll find hundreds of new and used Renault trucks for sale every day on this site.