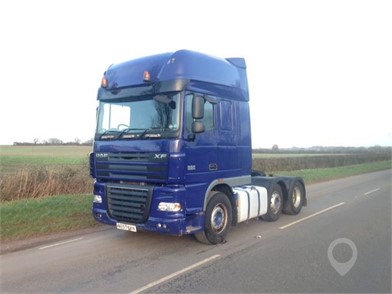 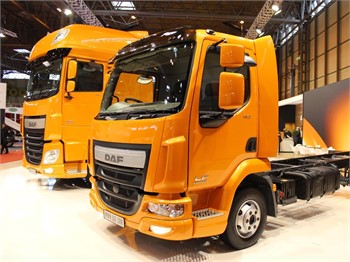 DAF are renowned for the quality of their trucks, which is perhaps why they're the most popular haulage and distribution vehicles in the UK, and why TruckLocator always has so many people searching for 'DAF trucks for sale'.  The standard steel front bumper and almost indestructible headlamps, for example, mean that DAF trucks are durable and hardwearing, and a very good bet for anyone looking to buy a used truck.

A big reason for DAF's success is that the company produces vehicles to meet any need, from the agile LF series produced in the UK ideal for built up areas, to the heavy duty tractor units in the XF series built for purpose in the Netherlands. DAF have been manufacturing high quality units for more than 80 years, showing that even the more lightweight lorries are made to last.

DAF is part of the PACCAR group along with American manufacturers Peterbilt and Kenworth. The company has earned a reputation for setting the pace of manufacturing technology, and as such the engines in DAF trucks are among the most fuel efficient available, making them a strong candidate for both long haul operations and local multi-drops.

In addition to their advanced engines, parts produced by DAF are high quality, and combined with excellent service provided by the DAF dealers makes for a sound long term investment.

DAF's network of dealers are dependable, and as well as maintaining and servicing all DAFs, usually have the complete range of new and used DAF trucks for sale. A reputation for providing good value when it comes to servicing costs goes some way to explaining why the company is the UK's leading lorry manufacturer.

Which DAF truck is right for me?

Change in the DAF Model Descriptions

The CF series is available as either rigid chassis or tractor unit, and comes in two, three or four axle models. Extremely versatile, with a wide choice of engines and axle configurations, the CF series is also considered clean and very economical. A good all-round truck.

Prior to 2014, the CF range was broken out into the models below - the CF65, CF75 and CF85. With the arrival of the Euro 6 range, like many other manufacturers, DAF did away with their extra model descriptions - keeping it simple. Now the Euro 6 DAF CF range simply uses 'CF' then the horsepower - so they are now CF220 for example.

Here's an explanation of the models prior to 2014: 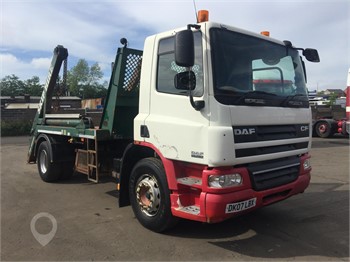 The 65 is the smallest truck in the CF range, but provides more room inside the cab than the smaller LF55. More suitable for longer-distance operations with higher payloads.

Larger and more powerful than the CF65. Suitable for longer-distance operations with higher payloads.

The largest model in the CF range. Extremely spacious, and mostly suited to long haul.

Smaller and more manoeuvrable than the CFs, DAF's LF series is characterised by a tight turning circle and excellent fuel efficiency.

Again, like the CF range, the Euro 6 DAF LF range changed their model descriptions - if you are looking for a later, Euro 6 truck, then ignore the LF45 and LF55 categories - aim for the LF followed by three numbers (which is the horsepower) - For example the LF180 is likely to be a 7.5 tonner.

If you are looking for a pre-2014 model LF then read on to understand the differences in the range: 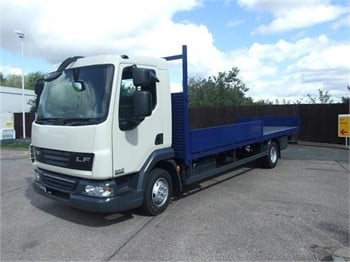 The 45 is the smallest lorry in DAF's range, starting at 7.5 tonnes. The UK's best seller, which means that there is always a wide variety of used trucks available for sale, and a used DAF 45 can usually be bought for a very reasonable price. Best for town and city haulage. 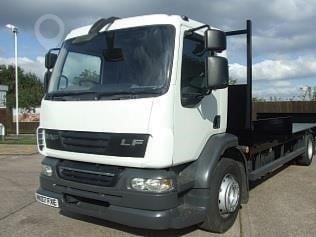 The DAF 55 is slightly larger than the 45 operating at 14 to 21 tonnes GVW. Less common than the 45, which means that the smaller LF often provides better value for money when purchased second hand. Good for town and city haulage, though also suitable for longer distances where necessary.

Trucks in the XF series are considerably bigger than the other lorries produced by DAF. Very much a long haul beast, the XFs are among the most spacious and comfortable trucks in their class, which combined with the fuel efficiency afforded by DAF's excellent engines means that they can deliver huge payloads with ease.

The XF Series started back in 1997 with the 95XF, which soon changed to the XF95, which in turn was replaced by the XF105.  Since 2014 DAF have done away with the 105, preferring simply to use the horsepower in the model description. If you are looking for a later post-2013 Euro 6 XF then search for DAF XF Trucks for sale

DAF's XF105 is the flagship model in the DAF range. Most 105s come equipped with advanced features, making them both economical and safe for such a large vehicle. Used XF105s have a reputation for low running costs, making them perhaps the best truck choice for long haul of any manufacturer.

The XF95 was superseded by the 105 in 2006, which means that while still easily serviced by DAF's strong network of dealers and very much built to last, the 95 doesn't provide the same value proposition as the 105. Still very comfortable, and excellent for long haul.