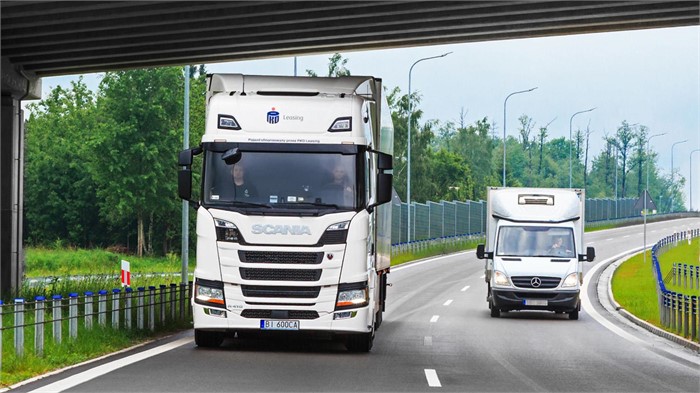 Wojtex Transport, a cargo and freight company based in Poland, recently drove a liquefied gas-powered Scania R 410 truck from one of its depots near Białystok, Poland, to Spain. The 10-day, 7,822-kilometre trip is “the longest-ever regular transport route using liquefied gas,” according to Scania. Wojtex Transport’s owner, Wojciech Kusnerz, admitted that “this was a very risky decision,” but after the company’s fleet manager planned the route by calculating distances and fuel consumption and finding proper filling stations along the way, the experiment proved a success and he now considers liquefied gas to be “the fuel of the future.”

Drivers Łukasz Kubicki and Kamil Zieliński took the R-series model through Germany, Belgium, and France before arriving in Spain, and the only hiccups were a wrong address and a closed filling station in southern France. When they realized the truck still had 20% of its fuel left in the tank, they decided to wait until reaching Spain to refuel, even after traveling 930 kilometres on a single tank of gas. The truck pulled a refrigerated trailer that carried everything from grass turf and biscuits to apricots, blueberries, oranges, and peaches. All the while, it maintained an average fuel consumption of 22.8 kilograms per 100 kilometres and even went as low as 22.3 kilograms per 100 kilometres on the way back to Poland from Germany. 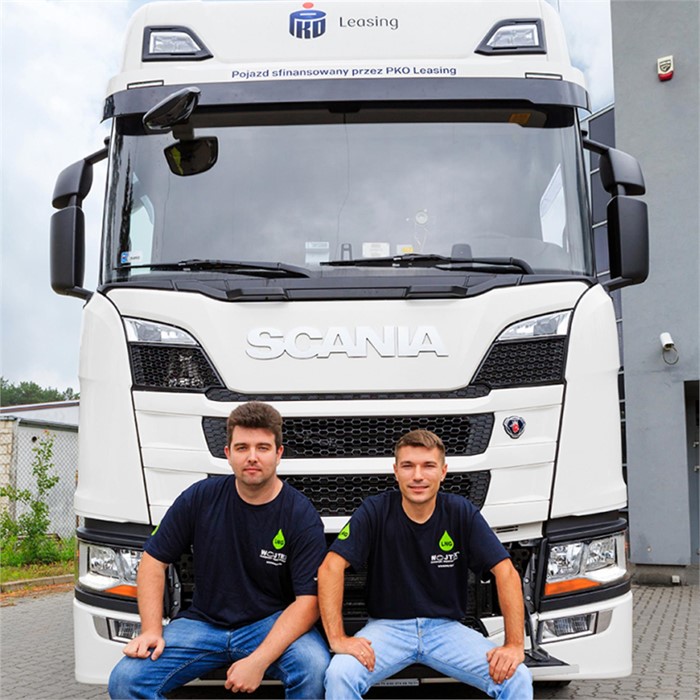 Wojtex Transport’s owner and drivers had nothing but praise for the Scania R 410, and in fact the company plans to take another, even longer trip on a route that could extend beyond 10,000 kilometres. “With our previous truck, you got a backache after four-and-a-half hours but not in this new Scania. My thanks to Scania’s engineers,” says Kubicki, who was also impressed by the quiet engine. “The first thing you notice about the truck is how silent it is. In fact, I was half asleep as Kamil drove and thought that we were not moving. The refrigeration unit was louder than the engine.”

You’ll find a large selection of used Scania trucks for sale on TruckLocator, including a number of nearly new R-series models.