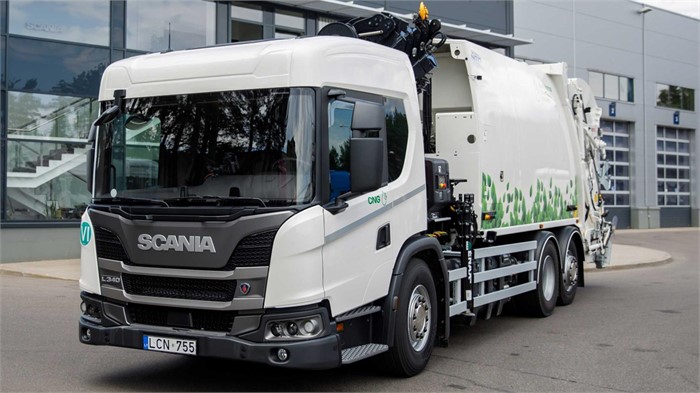 Ekonovus, a waste management company that serves Vilnius, Lithuania, recently purchased a new Scania L 340 refuse truck that runs on CNG (compressed natural gas). The truck features a crane and compactor, which will handle Molok waste containers that “partially lie underground,” according to Scania. The company further explains that as the truck empties the containers, “the lid is removed and a lifting bag is pulled from the well,” and once in place over the compactor, “the bottom of the bag opens and the content is released.”

The L-series model is well-suited for urban operation thanks to its low-entry cab and Scania’s emphasis on improved operator visibility in the vehicle’s design. This, in turn, makes the L 340 a good fit for Vilnius, which features a “largely preserved” historic centre that, although beautiful, is also fragile with “narrow streets” that “make refuse collection challenging,” Scania explains. Andrius Murnikovas, director of the logistics and technical department at Ekonovus, adds that, initially, “the first compressed natural gas trucks will serve the densely populated and most environmentally sensitive areas,” but they will move into other areas in the future. 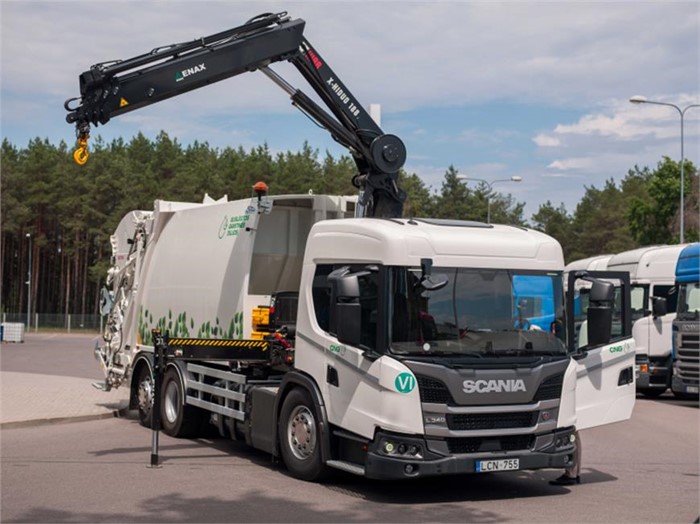 The L-series model features a crane and compactor that Ekonovus will use to empty Molok waste containers. (Photo courtesy of Scania.)

Ekonovus plans to invest in more gas-powered trucks in the future as a way to reduce emissions and improve overall efficiency, and the company believes that more companies will join them “as the fuelling infrastructure now rapidly expands,” says Murnikovas. “Here in Lithuania, we’re pioneers in adopting next-generation refuse trucks inspired by similar trucks in neighbouring countries.”

You will find a large selection of used Scania trucks for sale on TruckLocator, including a number of municipal refuse trucks.