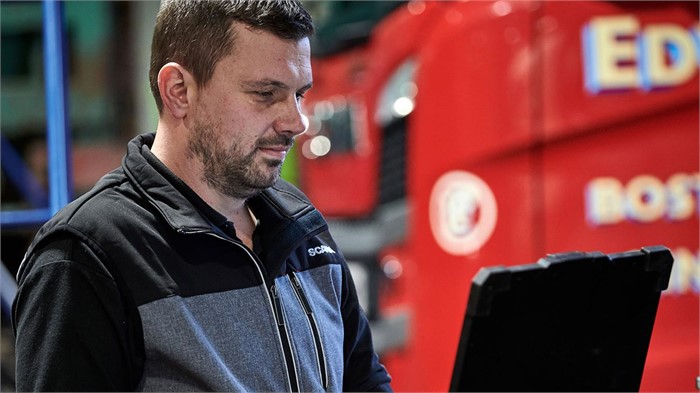 Scania recently developed a new artificial intelligence-powered universal search engine that allows technicians to find solutions to vehicle problems more efficiently. When a technician enters an enquiry, the engine searches through unstructured text found in a FRAS, or Follow-up Report Administration System, which contains “a wealth of information on deviations and remedial actions” from the 10,000 cases added to it each year, Scania explains. While FRAS is often an invaluable resource, it doesn’t always provide solid answers, especially if technicians don’t use “official terminology,” but the new search engine is able to account for those variations and bring back interim solutions, if not permanent ones.

One example of the universal search engine making a difference was when a customer came in with a Scania S 650 they purchased only one month prior that had an “oscillating idle speed” issue. Technicians at Scania’s workshop in Boston, Lincolnshire, searched for an answer in FRAS using the term “uneven idle” and used Scania Diagnose & Programmer to diagnose the issue, but they were unsuccessful.

However, when the technicians used the new AI search engine, they were able to find a solution quickly, which just so happened to be a simple software update. “In most cases we respond to the workshops with answers using information that is already available in FRAS or via other media available in Scania systems,” says Aaron McGrath, technical manager at Scania Great Britain. “By utilising the AI search at workshops we can get the information exactly where it is needed; i.e. at the technicians’ fingertips, saving on troubleshooting lead time and also improving customer uptime.” 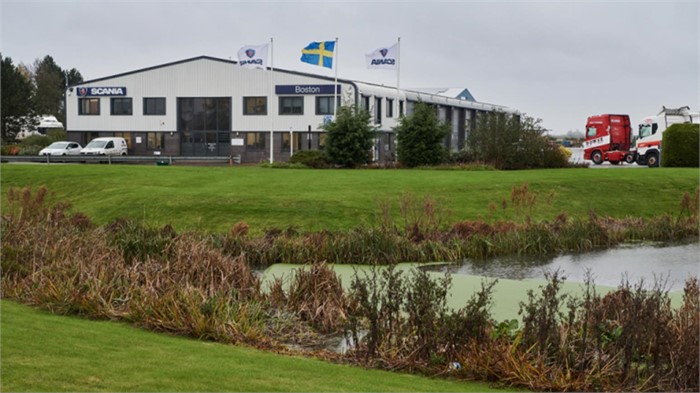 A Boston, Lincolnshire-based workshop recently used the search engine to solve an issue with a Scania S 650 truck dealing with an oscillating idle issue. (Photo courtesy of Scania.)

Speed Is Of The Essence

The Scania dealership in Boston has 17 technicians and services approximately 20 trucks per day on weekdays and weekends, which means it’s important to work quickly. Interestingly enough for technicians, the job has shifted from working primarily with mechanical issues to dealing with diagnostics-related issues. That’s where the new AI search engine comes in handy. “These days, the product is 100 times better, but diagnostics and software now take up a large part of our time. In diagnostics, a problem can take two hours, two days, or two weeks,” says Ben Howlett, supervisor and escalation engineer at the Boston-based Scania workshop. “The AI search engine is tremendously helpful. It’s a FRAS-Google, or Froogle.”

You will find a large selection of new and used Scania trucks for sale at TruckLocator.