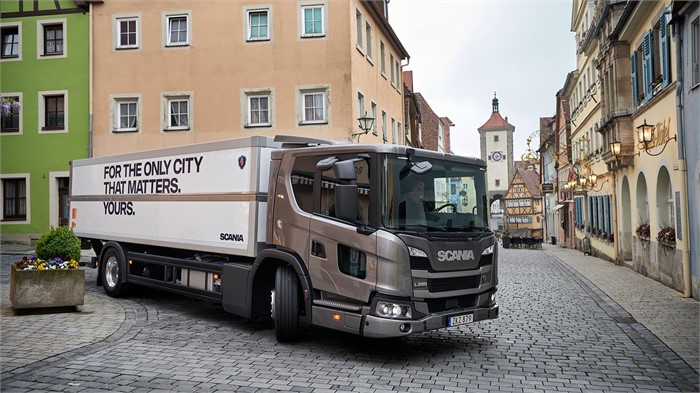 Scania’s L-series trucks are now available with an optional 7-litre DC07 engine, which produces up to 280 horsepower and 1,200 newton-metres of torque. (Photo courtesy of Scania.)

“Initially, we primarily focused on certain applications with slightly heavier operations by offering the L-series with our five cylinder, 9-litre inline engines,” says Stefan Lindholm, senior product manager at Scania Trucks. “However, what assumed already from the outset was later confirmed. There is a demand for solutions based on the lighter and more flexible 7-litre engine as well.”

Scania originally only offered the DC07 engine for its P-series trucks, but soon realized it would be an excellent pairing with its L-series trucks. The DC07 takes advantage of Scania’s SCR-only exhaust gas aftertreatment system and can run on HVO (hydrotreated vegetable oil) or FAME (fatty acid methyl ester), which could result in reducing carbon-dioxide emissions by up to 90%. This, coupled with low engine noise, make the L-series and DC06 combination particularly well-suited for urban operations. It also compatible with Scania Zone, which the company explains is “is a position-based service for automatic vehicle adjustment” designed for meeting environmental regulations within cities.

“Hauliers operating in city areas are facing stricter – and fully justified – demands regarding noise, emissions, and the ability to integrate in demanding traffic and interact with pedestrians and cyclists,” says Lindholm. “An L-series tipper truck with a crane, propelled by a DC07 and with cameras and a Scania City Safe Window in the pass­enger door, can be the ideal maintenance vehicle.”

The larger L-series of trucks is available with three cab options: L-Cab Day Low, Normal, or High. In addition to two engine options, the L-series offers a range of transmissions, including eight- and 12-speed gearboxes with or without Scania Opticruise and Retarder features. Axle configurations range from 4x2 to 6x2/4. With all of these available options, L-series trucks are handy for a wide range of applications, including distribution, waste management, construction, and more.

You will find a large and ever-changing selection of new and used Scania trucks for sale every day on TruckLocator, including G-series, P-series, R-series, and S-series models.