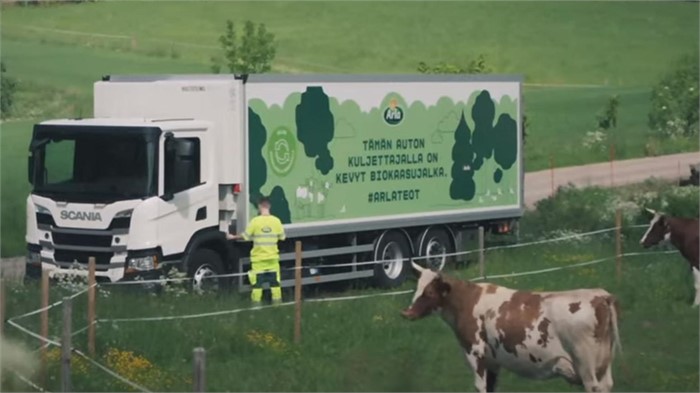 “We can make a real difference in our daily efforts and solutions, large and small,” says Arla Finland MD Kai Gyllström. “That’s one reason why I’m engaged coming to work.” (Photo courtesy of Scania.)

Arla Foods aims to reduce its carbon emissions 30% by 2030, a move to meet a neutral climate impact by 2050. The dairy cooperative, which operates in seven European countries, recently analyzed its operations and found that transportation is the firm’s second-largest climate impact in Finland. As such, Arla in Finland started deploying Scania’s biogas trucks to reduce its carbon emissions by up to 90%.

Biogas not only reduces particle emissions vs. diesel, but also leads to quieter-operating trucks—a major advantage when working near animals and in urban settings.

“This is one of the nice things about working in the food industry,” says Arla Finland’s Managing Director Kai Gyllström. “We can make a real difference in our daily efforts and solutions, large and small. That’s one reason why I’m engaged coming to work.” 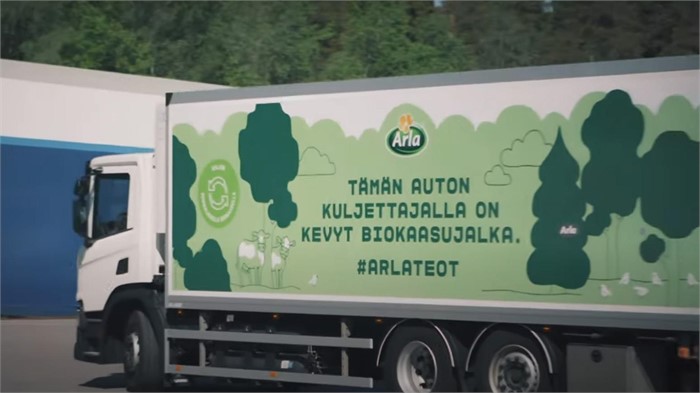 Scania trucks can equip a 16-litre V8 biogas engine capable of producing 350 kilowatts during continuous operation, with prime power outputs ranging from 333 kW up to 426 kW. Scania’s biogas engines work according to the Otto principle, with spark ignition. The ignition system, along with various features like individual cylinder heads, a low-pressure gas system, and an air-to-air charge cooler, ensure maximised engine performance for a number of applications.

You will find a large selection of used Scania trucks for sale, including a number of Scania G-series, P-series, and R-series models, every day on Truck Locator.