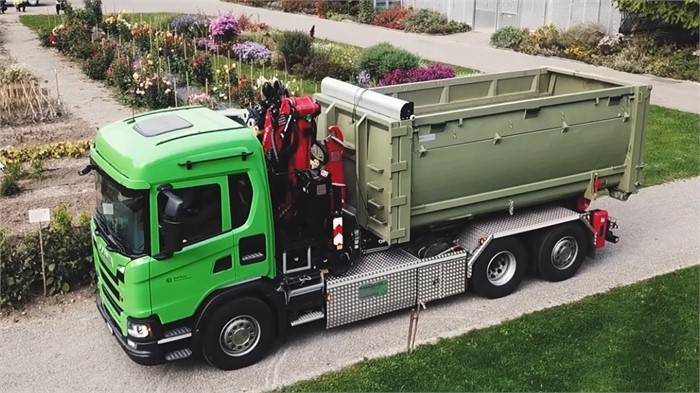 “We have large amounts of green waste that we can refuel from, thereby reaching a closed recycling loop,” says Beat Schraner, fleet manager at Grün Stadt Zürich. (Photo courtesy of Scania.)

Grün Stadt Zürich manages 40% of the city area of Zurich, including all public green spaces in the city: street and park trees, urban woodlands, parks, sports fields and playgrounds, and cemeteries. These daily activities generate huge amounts of organic waste, which the agency now uses to create locally produced biogas for its Scania G 410 biogas truck.

“Scania offers us the opportunity to use a gas engine, that we can run on 100% biogas,” says Grün Stadt Zürich Fleet Manager Beat Schraner. “We have large amounts of green waste that we can refuel from, thereby reaching a closed recycling loop.”

The Scania G 410 truck also allows Grün Stadt Zürich to serve as a shining example for a city that already attaches particular importance to the environment.

More On The G Series

You’ll find hundreds of new and used Scania trucks for sale every day on Truck Locator, including a large selection of G Series trucks like the G 410.