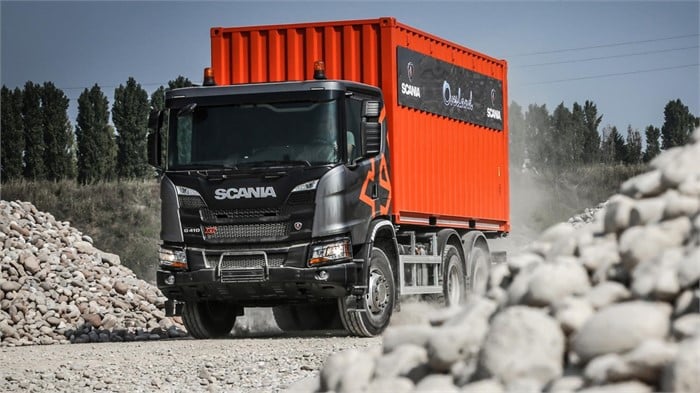 The next season of the Overland TV show will take place in several countries throughout Africa and feature a Scania XT 6x4 truck. (Photo courtesy of Scania.)

The next season of “Overland,” an Italian TV show where host Giuseppe “Beppe” Tenti goes on extensive expeditions, will feature a Scania XT 6x4 truck as Tenti and his team travel across Africa. The adventure starts in Verona, Italy, and goes through various countries in Africa, including Cameroon, Chad, Sudan, South Sudan, and Ethiopia. The team will then travel through Egypt to get back to Italy in a round trip expected to clock in at over 45,000 kilometres. Overland will also take advantage of Scania repair shops along the way to maintain and make repairs to the truck, when necessary.

“We need a reliable and robust vehicle to accompany us on this new expedition,” says Tenti. “That’s why we set our sights on Scania and the new XT truck. It’s an extremely reliable vehicle that will be with us throughout the journey, an itinerary with deserts, savanna, swamps, forests, sand, dust, earth, searing heat and bitter cold. We will travel endless distances on roads that often don’t even exist. To face all this, we need a vehicle that is just as solid and robust as we are.”

“Overland” started out in 1996 with a trip from Rome to New York. Since then, and more than 150 episodes later, Tenti, his son, and other companions have traveled from Paris, France, to Beijing, China, and took a journey through several Central Asian and Middle Eastern countries, like Afghanistan.

Make A Scania Your Next Truck

Although there are currently no Scania XT models available, you’ll still find hundreds of other used Scania trucks for sale on this site, including nearly new Scania G Series, P Series, and R Series trucks.