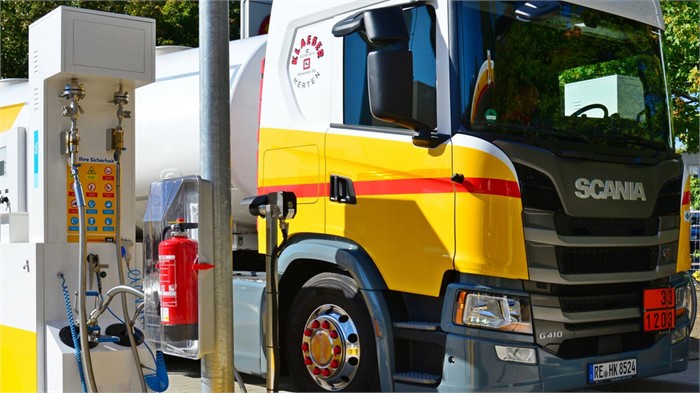 The BioLNG EuroNet consortium, which counts Scania, IVECO, Shell, Disa, and Osomo among its members, has agreed to a plan that will lead to a new BioLNG production plant in the Netherlands, 39 liquefied natural gas (LNG) refuelling stations across Europe, and 2,000 LNG trucks put into operation. The European Union will aid in this effort by offering 20% funding toward each company’s contribution because the consortium’s overarching goal is to help the EU reach its target mark of lowering carbon dioxide emissions by 60% by 2030.

“This program covers filling stations, biofuel production, and subsidies which are all necessary for progressive customers to invest in the trucks, despite the extra initial cost,” says Jonas Nordh, director sustainable transport solutions at Scania. “Whilst LNG, which reduces CO2emissions by about 20 percent, is more broadly available today, biogas, which reduces CO2 emissions by over 90 percent, can increasingly be blended in with the natural as production of biogas is ramped up.”

Scania says the new LNG facility “will collect municipal waste from supermarkets and restaurants” and use it to produce 3,000 tonnes of biogas per year. This process ensures that the final product will lead to highly reduced CO2 emissions when compared to more traditional fuel sources. That fuel will then be sold through the new network of LNG fuelling stations placed roughly every 400 kilometres from Spain to Poland. Other countries along the path include Belgium, France, Germany, and the Netherlands.

At the same time, financing and other solutions will be put in place to make leasing heavy goods vehicles (HGV) running on LNG more affordable. The program will apply to 2,000 trucks and cover any costs that go beyond those you’d expect for a diesel truck up to €30,000.

If you’re currently searching for more trucks for your fleet, you’ll find hundreds of quality used Scania trucks and IVECO vehicles for sale every day.