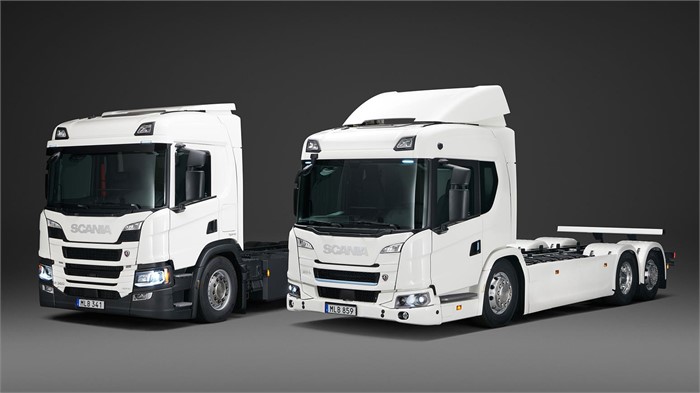 Scania recently launched its electric truck range, which includes a fully electric vehicle and a plug-in hybrid, both with options for L- or P-series cabs. (Photo courtesy of Scania.)

Scania has officially launched its commercial electric truck range, which includes one all-electric vehicle and one plug-in hybrid, both available with L-series or P-series cabs. The new trucks are designed to perform tasks such as retail distribution in urban environments, but Scania plans to manufacture more electric vehicles in the future for long-haul operations, construction, and other applications. Possible configurations include box trucks, hook lifts, tippers, concrete trucks, refuse trucks, and more.

“It is with a great deal of pride that we announce the start of Scania’s long-term electrification commitment,” says Scania President and CEO Henrik Henriksson. “We will over the coming years annually launch electrified products for our entire range and we are presently reorganising our production towards that end. Of particular significance is that we will in a few years’ time, also introduce long-distance electric trucks adapted for fast charging during drivers’ compulsory 45-minute rest periods.” 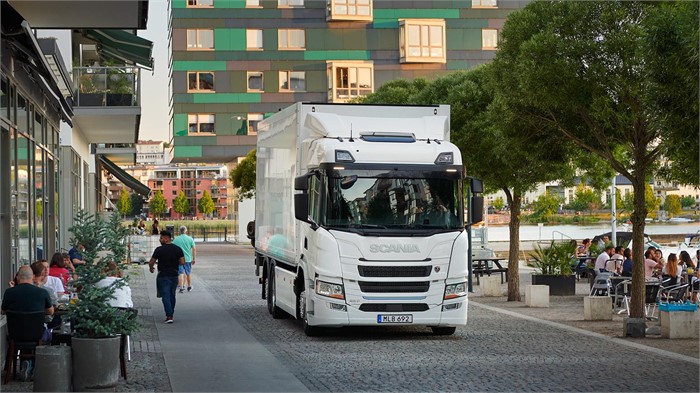 The all-electric version features a 308-horsepower engine and has a maximum range of 250 kilometres with a nine-battery pack. (A five-battery option is also available.) (Photo courtesy of Scania.)

The new, all-electric Scania truck features a 230-kilowatt (308-horsepower) electric motor powered by five or nine batteries in a 165- to 300-kilowatt-hour pack. The five-battery option charges in less than 55 minutes while the nine-battery option charges in less than 100 minutes, both using a Combined Charging System (CCS) connector. The truck benefits from regenerative braking, and the nine-battery configuration has a maximum range of 250 kilometres. It can also produce up to 2,200 newton-metres of torque.

The plug-in hybrid truck has a traditional engine ranging from 280 to 360 hp (209 to 268 kW) complemented by an all-electric mode with a range of up to 60 km. The 115-kW (154-hp) electric motor is powered by three batteries for a total of 90 kWh. The hybrid’s batteries can be charged to 80% in around 35 minutes, and the truck also takes advantage of regenerative braking. Scania says customers can also choose to use renewable fuels that “can significantly reduce their climate impact” when not in electric mode. 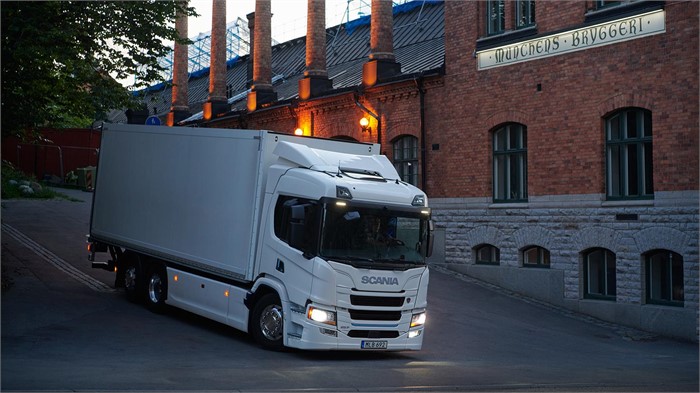 The plug-in hybrid is powered by a combustion engine ranging from 280 to 360 horsepower coupled with a 154-hp electric motor with three battery packs for a maximum range of 60 kilometres in electric mode. (Photo courtesy of Scania.)

Both models offer a silent mode, making them not only well-suited for operating in low-emission zones, but also in areas with noise level regulations. This means they can operate at night, potentially performing “off-peak deliveries” that Scania says “can be more than 30% quicker than on equivalent daytime transport routes,” with the secondary benefit of reducing traffic congestion during the day.